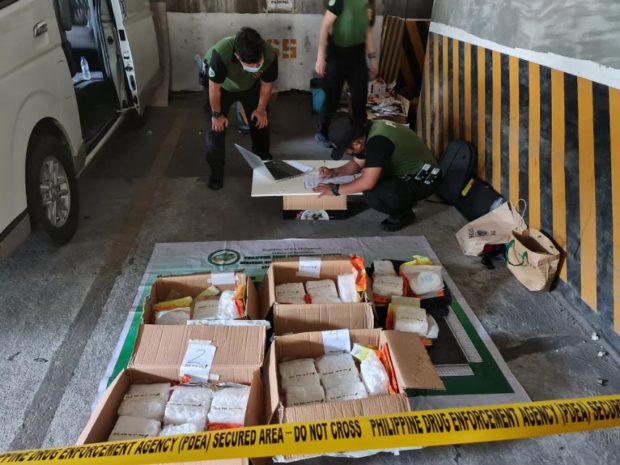 PDEA operatives conducts an inventory after a buy-bust operation which led to the arrest of a Chinese national and confiscation of 38 kilos of crystal meth worth P258 million. Photo courtesy PDEA PIO

Initially, PDEA said that Chen yielded 15 kilos worth of shabu with street value amounting to P102 million, as well as various drug paraphernalia.

The agency however issued a clarification, saying there were 38 kilos worth of shabu worth P258 million from Chen.

PDEA spokesperson Derrick Carreon told INQUIRER.net that the drug operation is “more like a continuation of the previous operations involving the confiscation of large volumes of dangerous drugs (shabu).”

A complaint for violation of Republic Act 9165 or the Comprehensive Dangerous Drugs Act of 2002 is also being prepared by the PDEA against Chen.