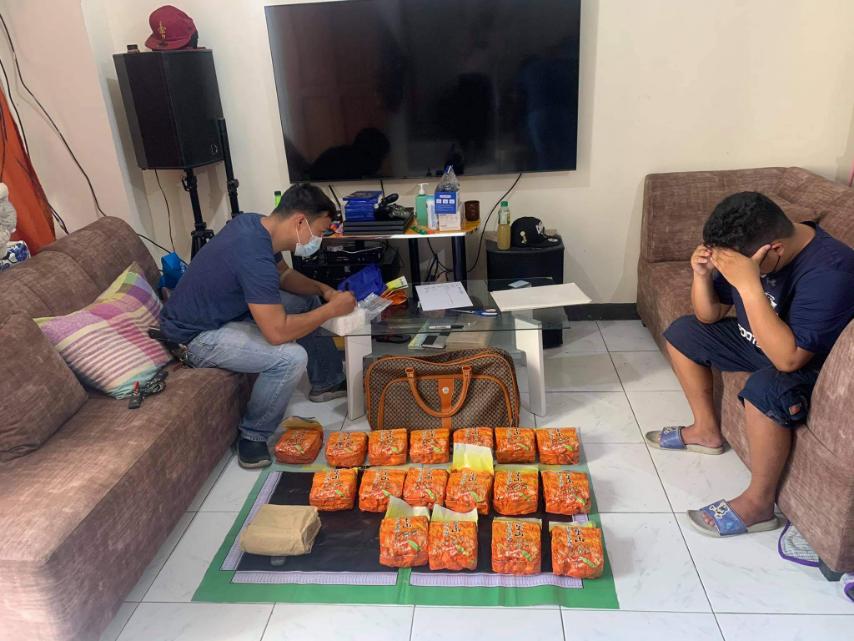 PDEA operative (left) conducting an inventory of the shabu seized during a buy-bust operation in Las Piñas City which led to the arrest of suspect Moises Joshua Esguerra (right). /PHOTO FROM PDEA

Seized from Esguerra during the Las Piñas bust were 18 kilos of suspected shabu with an estimated value of P121.6 million.

Esguerra, who is now under PDEA custody, is facing charges for violation of Republic Act 9165 or the Comprehensive Dangerous Drugs Act of 2002.

In the separate operation, PDEA agents nabbed Berroya and Sanchez during the bust at the open carpark of a mall along Carlos P. Garcia Avenue Extension in Parañaque City. 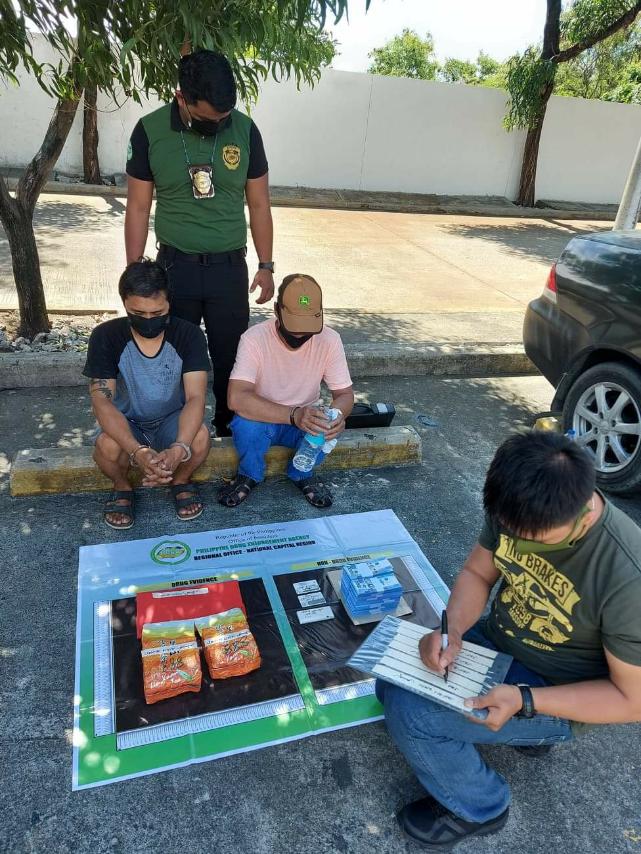 Arrested suspects Berroya and Sanchez while being questioned by PDEA agents. / Photo from PDEA

Seized from Berroya and Sanchez were 2 kilos of suspected shabu worth at least P13.6 million.

Charges for violation of Republic Act 9165 or the Comprehensive Dangerous Drugs Act of 2002 are also being prepared by the PDEA against Berroya and Sanchez.