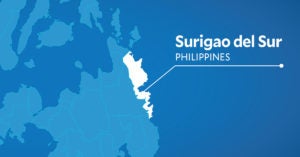 MANILA, Philippines — Several pro-human rights groups have condemned the alleged latest military action in Surigao del Sur that reportedly killed civilians caught up in an anti-insurgency campaign, stressing the need for international awareness and intervention for such incidents.

According to the International Coalition for Human Rights in the Philippines (ICHRP), the United Nations (UN) bodies — including the UN Human Rights Council (UNHRC) — should be made aware of the incidents in Surigao del Sur’s Lianga town.

It was reported that three individuals, including a supposed minor, were killed by the Philippine Army’s 3rd Special Forces Battalion.  While activists have claimed that the incident was an attack on Lumads or indigenous people in the area, the military stressed that the casualties are members of the communist rebel group New People’s Army.

“We are in shock at the wanton brutality exhibited by the soldiers of the regime. The sexual violence against children and state-orchestrated killings of Indigenous people rise to the level of crimes against humanity,” ICHRP chair Peter Murphy said, as the organization implied that the victims were raped by soldiers.

“The UN bodies should know, the world should know that Duterte’s actions have led directly to the rape and murder of Filipinos; he’s out for blood,” he added.

Reports from the military on Thursday showed that three NPA members were killed in an encounter with government forces in the said town.  According to Philippine Army (PA) 4th Infantry Division spokesperson Maj. Rodulfo Cordero, the team of special forces, fought with communist rebels at Lianga’s Diatagan village.

Cordero said that the rebels fired at soldiers and detonated an anti-personnel mine, followed by a 10-minute firefight.  The rebels were identified as Lenie Perez Rivas, 38; Willy Salinas Rodriguez, 20 and a 12-year-old child.

Despite activists saying that the slain individuals were mere farmers and not NPA rebels, Cordero said that soldiers seized weapons after the encounter, which were used by the rebels before the government forces killed them.

Bayan Muna Rep. Carlos Zarate, part of the Makabayan bloc that has been critical of the administration and its human rights record, issued a statement condemning the attack.

According to Zarate, it seems the Armed Forces of the Philippines is using a supposed NPA encounter narrative to justify their actions.

“While the Philippine National Police (PNP) use the ‘nanlaban’ modus then plant guns against their victims, the Armed Forces of the Philippines (AFP) on the other hand is apparently using the ‘NPA encounter’ modus then plant guns and explosives against their victims. They seem to be using the same playbook,” the lawmaker asserted.

“We call for an independent and thorough probe on this massacre – the latest in the string of rights violations committed by security forces against the Lumad in Mindanao. No amount of spin and lies of the NTF-ELCAC should be allowed to cover up this brutality,” he added.

INQUIRER.net has sought the side of the Armed Forces of the Philippines (AFP) about the allegations from the activists, but no reply has been made as of posting time.

Last Monday, Bensouda asked ICC for judicial authorization to probe claims that Duterte committed crimes against humanity in implementing his controversial war against illegal drugs.  Bensouda maintained that the ICC still has jurisdiction over the Philippines since the alleged crimes happened before the country withdrew its membership in the Rome Statute.

“No amount of lies by the government can whitewash the crimes of this regime,” ICHRP said.

“Just one day after the International Criminal Court opened an investigation of crimes against humanity against the Duterte Regime, the Armed Forces of the Philippines continued its human rights rampage, committing yet another massacre against Indigenous Peoples in Mindanao,” it claimed.

Read Next
PNP logs 143 new cases of COVID-19 among its ranks
EDITORS' PICK
Tips for a cheerful life
FLASHBACK: Hidilyn a product of modest origins
Harnessing technology for quality education
Elreen Ando shows promise despite podium miss in first Olympic try
Connect to PH’s fastest network with new Signature Plan Lite at only P599 per month
OCTA: PH needs ‘circuit-breaking’ lockdowns now amid Delta variant
MOST READ
Roque distances from Hidilyn Diaz’s inclusion in oust-Duterte matrix
Duterte went to restaurant, not hospital, after final Sona
Why is Taiwan not called Taiwan at the Olympics?
‘Kasi may nagtapak sa paa ko,’ Duterte says after losing balance during Sona
Don't miss out on the latest news and information.