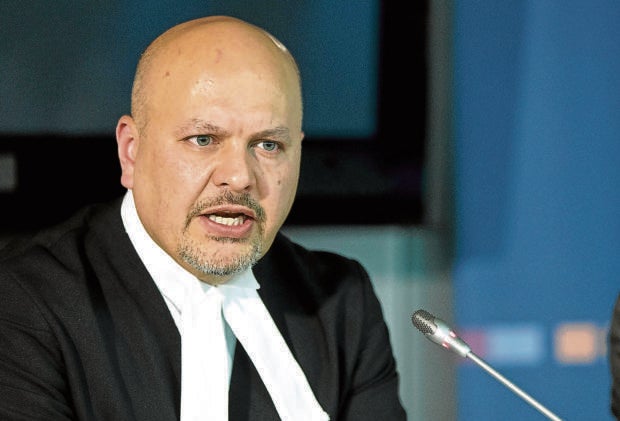 MANILA, Philippines — Gambian lawyer Fatou Bensouda stepped down as chief prosecutor of the International Criminal Court (ICC) on June 15, but she took measures before then to preserve evidence related to President Rodrigo Duterte’s war on drugs.

In her farewell statement, Bensouda said her office had concluded the “lengthy process of planning, preparing and taking measures to preserve” the integrity of the evidence in anticipation of a full-blown investigation of the extrajudicial killings (EJKs) in the drug war for which she had formally requested the ICC’s Pre-Trial Chamber.

Bensouda’s successor is the British barrister Karim Khan, who will now take up the three-year-old case against Duterte and the chief architects of his five-year drug war.

Bensouda said she had found a reasonable basis to believe that the crime against humanity of murder was committed in the conduct of the drug war between July 1, 2016, to March 16, 2019, or up until the Philippines withdrew from the Rome Statute that established the ICC.

Her damning 57-page letter to the ICC judges said the scale of the deaths (between 12,000 and 30,000),  Duterte’s rhetoric, and several government officials and agencies acting with impunity to order and perpetrate EJKs, all indicated a state policy to attack civilians.

Malacañang has since distanced itself from what it called a “legally erroneous, politically motivated” probe, and vowed never to cooperate with the ICC.

This refusal to cooperate was precisely what made the ICC preliminary examination so difficult, said National Union of Peoples’ Lawyers (NUPL) president Edre Olalia.

Citing from their experience in filing the original communique that triggered the case, cocounsel Krissy Conti said there were times they had to forgo documents or witnesses deliberately withheld by the government.

This, along with the restrictions brought about by the COVID-19 pandemic, the heavy workload of the Office of the Prosecutor (OTP), and limited resources will impose challenges on Khan, who will inherit not just the Philippine case but similarly daunting cases in Palestine, Afghanistan, and Myanmar.

At an advanced stage

But Bensouda has taken what she deemed necessary steps.

“I must stress that the Philippines’ preliminary examination has been at an advanced stage now for over a year, well before the December announcements,” she said in her parting speech.

She added: “There were, however, some concrete evidence preservation opportunities related to the Philippines’ situation which we felt it was our responsibility to pursue. It was necessary to complete some of those activities before making any public announcement, to ensure the integrity of the evidence, and those preservation activities were completed only recently.”

Olalia said this preservation was absolutely crucial for everything to proceed even without Duterte’s cooperation.

“The OTP is no stranger to such challenges — political obstacles and frustrating moves from governments,” Olalia said. “It is not totally helpless and the lack of cooperation won’t totally compromise the process.”

Illustrative here, Bagares said, were the cases of Sudan’s former president Omar Al-Bashir, who had refused to cooperate with the ICC on charges of genocide, crimes against humanity, and war crimes, as well as Myanmar, currently the subject of a preliminary investigation on the crime of humanity of forced deportations of the Rohingya.

At any rate, Bagares said, the Philippines’ noncooperation was “premised on the assertion of illegitimacy of the entire process.” He added: “It is an important dimension to the Palace’s account of things, to curry support from regional and other allies.”

The Filipino lawyers are hopeful that Khan, 51, will follow Bensouda’s lead and propel the Philippine case forward to bring a measure of justice to the victims.

Khan is a former assistant general of the United Nations, and a Queen’s counsel since 2011. He has handled complex international cases in Asia, Europe, and North, East, Central and West Africa.

In a statement, Bensouda acknowledged that Khan would have to “set priorities concerning this investigation… [and] will need to take into account the operational challenges arising from the continuing pandemic, the severe limitations on the ICC’s available resources, and the [OTP’s] current heavy work commitments.”

Manila Bishop Broderick Pabillo on Wednesday said the president and his officials should cooperate with the ICC in the event of a full-blown inquiry into the drug war.

“If they had done nothing wrong, why refuse to participate in the investigation?” Pabillo said in Filipino when asked about the matter in an online press conference.

In a phone interview, Jesuit priest and anticorruption crusader Fr. Albert Alejo said not only Duterte but also “anyone who may have information” on EJKs should “speak up,” including “families [and] relatives of the person who pulled a trigger.”

The Commission on Human Rights (CHR) also urged the government to cooperate with the ICC.

CHR spokesperson Jacqueline de Guia told the Inquirer that it was actually in the Philippines’ best interest to “air [its] side of the story because that would be in recognition of [its] right to due process.”

She reminded Malacañang that the ICC’s Pre-Trial Chamber would still take into consideration the Philippine context even after the request was filed last May 24. The request was made public only on Monday, Bensouda’s last day as ICC chief prosecutor.

De Guia said the ICC could still take into consideration any progress from the Department of Justice’s review of all drug war deaths as well as its renewed engagement with the Philippine National Police and the CHR to open and probe certain cases from the five-year drug war.

“In our advisory role we have consistently urged the government to cooperate because it would be a golden opportunity to air their side of the story, and work on areas of improvement so that there’s no more need to move toward the trial stage,” she said.

De Guia said mechanisms presented by the ICC “open an opportunity for the Philippine government [to show] that our domestic mechanisms are still working.”

—With a report from Maricar Cinco