Visayas, Mindanao each getting 25% of incoming COVID-19 vaccine doses – Galvez 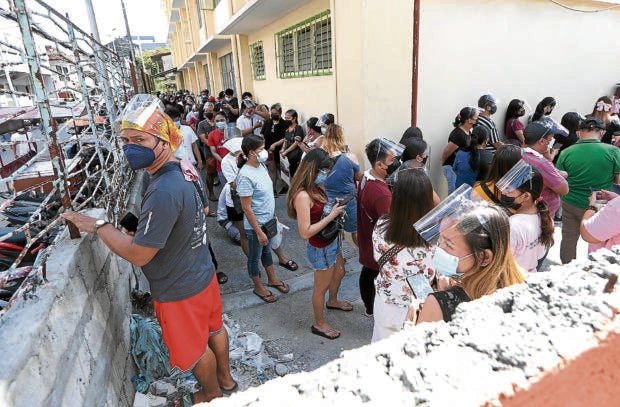 In response to the appeal of local leaders for more vaccines in provinces currently battling a surge in COVID-19 cases, half of the shots to be delivered to the country for the rest of the month will go to Visayas and Mindanao, pandemic managers said on Wednesday.

Secretary Carlito Galvez Jr., chief of the National Task Force Against COVID-19 (NTF), said about 25 percent of the incoming doses would be allocated to Visayas and another 25 percent to Mindanao.

The rest of the six million doses that the Philippines expects to receive in June will go to the National Capital Region (NCR), Metro Cebu, Metro Davao, Batangas, Bulacan, Cavite, Laguna, Pampanga and Rizal—the so-called NCR Plus area.

The country received over 4.3 million doses in June alone but these were distributed across NCR Plus, which is the focus of the government’s bid to achieve herd immunity.

Deputy Speaker and Cagayan de Oro (CDO) Rep. Rufus Rodriguez recently lashed out at the NTF officials and blamed the rise in cases and deaths in Mindanao on the slow vaccine deployment.

“The [NTF] would like to assure our honorable members of the Congress that we will not neglect the regions, especially those in Mindanao, in our vaccine deployment,” Galvez said in a statement. “We are getting more vaccines there very soon and Mindanao will not be left behind.”

As of June 14, 1.7 million doses, out of the 12 million delivered to the country, were deployed to Mindanao.

In Northern Mindanao alone, CDO has gotten the “lion’s share” of the vaccines, NTF deputy chief Vince Dizon said in a television interview.

He said the NTF on Tuesday shipped another 57,000 doses of Pfizer and Sinovac shots to Northern Mindanao.

Dizon said areas with surges become the priority to receive vaccines under a new strategy. These areas also included the cities of Iloilo and Dumaguete in Visayas, and the Bicol region in Luzon.

“They were not forgotten. Nobody was. But right now, there’s still scarcity… But we want to assure them that every vaccine will be distributed as fast as we can to those that needed it most,” he said.

Health Undersecretary Leopoldo Vega said the pandemic as a whole remained “manageable” due to the continued restrictions, enforcement and compliance with minimum public health protocols, and improved contact tracing, testing and isolation mechanisms.

He said the number of those fully vaccinated would increase once the bulk of the shots start arriving in July, August and September.

The supply of vaccines was the only “limiting factor” as there are close to 4,000 vaccination centers nationwide waiting to administer the jabs, he said.

The Department of Health (DOH) reported on Wednesday that 5,068,855 people had been inoculated, including 1,879,694 who had been fully vaccinated, or who had received two doses.

Since June 7 when vaccination of “essential” workers started, 152,964 have so far been given at least one dose, with 7,021 of them getting two doses.

The death toll rose to 23,121 with 158 more who died, including 117 who were earlier reported to have recovered.

Six laboratories did not submit their data.

—WITH REPORTS FROM JEROME ANING AND DONA Z. PAZZIBUGAN