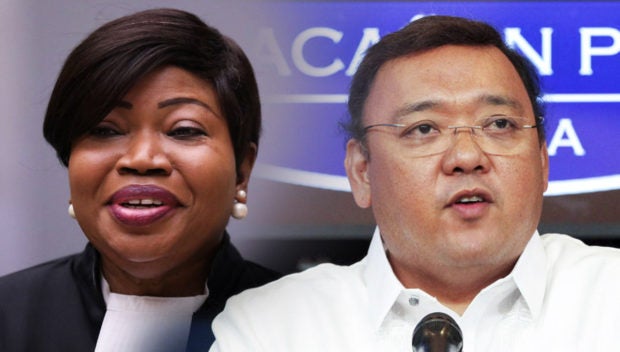 MANILA, Philippines — It was “fantastic” how International Criminal Court (ICC) Prosecutor Fatou Bensouda concluded that many drug war killings were cases of “nanlaban” when her report was based on mere “hearsay information,” presidential spokesperson Harry Roque said Wednesday.

“I counted and about 85 percent of sources cited by the prosecutor in the preliminary examination report came from [the] media. As a lawyer, you know that media sources are considered hearsay,” Roque said in an interview over ABS-CBN News Channel.

“You need people with actual personal knowledge of events to prove particularly criminal liability which is proof without beyond reasonable doubt,” he added.

Bensouda has sought judicial authorization to investigate the country’s violent crackdown against illegal drugs that led to thousands of killings.

In her report, Bensouda said extrajudicial killings in the country “appear to have been committed pursuant to an official state policy of the Philippine government.”

“I find the report of Bensouda fantastic. Without resorting to forensic examination, without resorting to primary documents, relying only on media reports, she came up with a fantastic conclusion that almost all of these killings were in fact instances… of ‘nanlaban,’” Roque said.

“To me, that’s really more of fiction or perhaps, conclusions as I said early based on hearsay information,” he went on.

What the ICC needs, according to Roque, is primary evidence in order for the case to prosper.

“Good luck because on the basis of the preliminary examination report, they need primary evidence. And in court, whether it be international, domestic, will require primary documents and primary evidence. Not the kind of evidence relied upon by Bensouda unfortunately,” Roque said.

Roque has said President Rodrigo Duterte will never cooperate with the ICC probe as it is “politically motivated.”