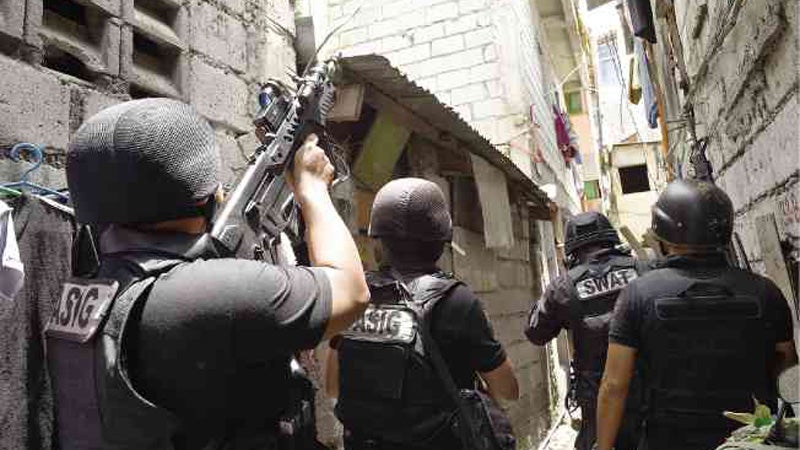 MANILA, Philippines — The request of the International Criminal Court (ICC) for judicial authorization to probe the crimes against humanity case filed against President Rodrigo Duterte in his controversial war on illegal drugs is “legally erroneous” and “politically motivated,” Malacañang said Tuesday.

Presidential spokesperson Harry Roque said the request is legally erroneous because the ICC has no jurisdiction over the Philippines since the country withdrew from the international court in 2019.

The institution is also barred by the principle of complementarity and the probe is not “pursuant or in aid of substantial justice.”

“I believe the decision to move forward into a formal investigation stage is legally erroneous and politically motivated,” he said in a press briefing at Camp Crame in Quezon City.

Roque argued that the deaths resulting from drug busts were not instances of crime against humanity since civilians were not targeted but were only “coincidental” or “collateral damage” since the police had to defend themselves.

He also said the ICC only has jurisdiction over a member state — which the Philippines is not — when the country is “unable” or “unwilling to prosecute.”

Roque insisted that the legal and justice system in the country is working, adding that it is independent, impartial, and competent.

Roque said he is confident that the ICC’s pre-trial chamber will reject the request.

Duterte’s mouthpiece also claimed that the ICC request is “politically motivated” since the allegations against the President and his war against drugs are being raised by what he calls the “enemies of the state.”

In December 2019, the ICC vowed to continue assessing the complaints against Duterte even though the Philippines had withdrawn from the Rome Statute, which instituted the ICC. The ICC said it still had jurisdiction over the case as it had been filed before the withdrawal.

The complaint was drawn up by the Rise Up for Life and Rights, which is composed of the relatives of drug war victims and other human rights advocates.

In December 2020, the ICC said it had a reasonable basis to believe that crimes against humanity were committed in the conduct of the drug war.