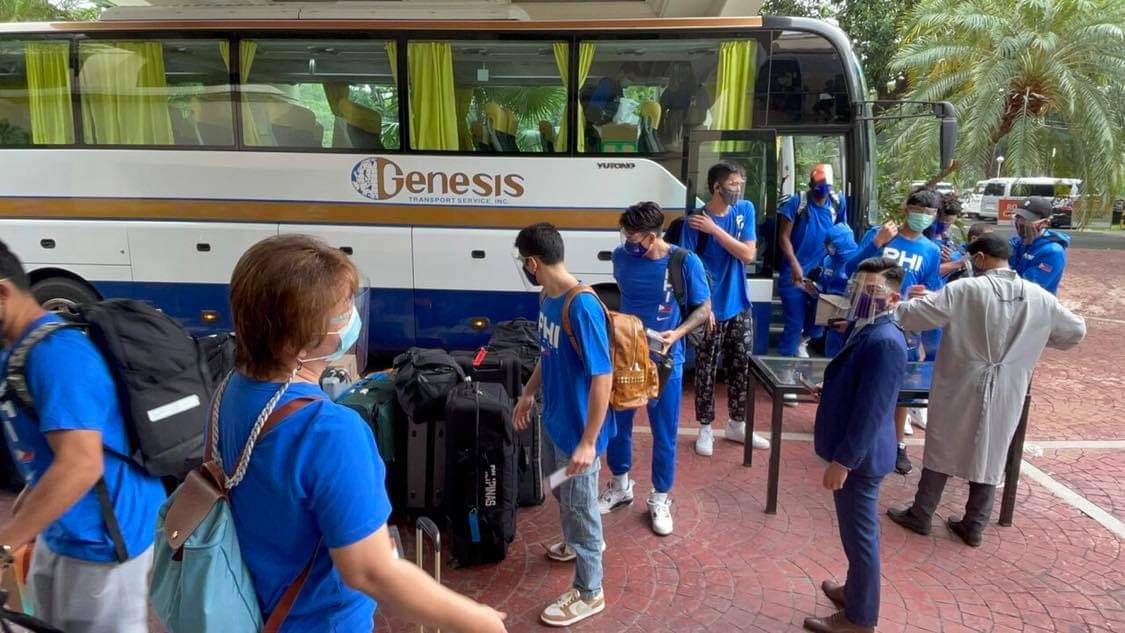 A joint press release from the Bases Conversion and Development Authority (BCDA) and Clark Development Corporation (CDC), said the basketball players were officially welcomed at the Quest Hotel and Conference Center here Sunday.

“We are very much proud and happy to host here in Clark the 2021 FIBA Asia Cup Qualifiers. We hope that our countrymen will cheer not only for our national team but also welcome the teams from China, Japan, South Korea, Thailand, Indonesia, and Chinese Taipei,” said Manuel Gaerlan, CDC president, and chief executive officer.

BCDA President and CEO Vivencio Dizon expressed optimism about the success of the international sporting event.

“This is the first international sporting event since we went through this very difficult time. Seeing Gilas Pilipinas compete here in our home is such a welcome sight and gives us so much hope that we are towards the tail end of this difficult time,” he said.

The BCDA-CDC quoted Samahang Basketbol ng Pilipinas (SBP) Executive Director Sonny Barrios as saying that the two government agencies’ support was significant in the holding of the event.

“We cannot overemphasize our gratitude for (BCDA and CDC’s) valuable support to make this event take place after a couple of earlier postponements because of the challenges of the pandemic,” he said.

Barrios added: “But through your kind and strong assistance, finally we are here. As far as this international event is concerned, this is only the first step towards our long journey to the 2023 World Cup that we are hosting.”

The Philippines- through the BCDA, CDC, and SBP- is hosting the third and final window of the FIBA Asia Cup Qualifiers from June 16 to 20.

Upon their arrival at the Quest Hotel, Gilas Pilipinas and six other teams from China, Chinese Taipei, Indonesia, Japan, Malaysia, South Korea, and Thailand were required to take a series of reverse transcription-polymerase chain reaction (RT-PCR) tests as part of the strict health and safety protocols set by FIBA.

“In case a bubble participant tests positive for COVID-19, the individual would immediately be isolated and undergo a confirmatory test a day after. Contact tracing would be conducted within a few hours after detection,” it said.

The movements of players, coaches, and staff would be limited to the airports, hotels, and the Angeles University Foundation gymnasium in Angeles City, which serves as the game venue, officials said.

The games will begin Wednesday as Gilas Pilipinas faces South Korea under Group A. The local team will also play against Indonesia on June 18, and against South Korea again on the last day of the tournament on June 20.