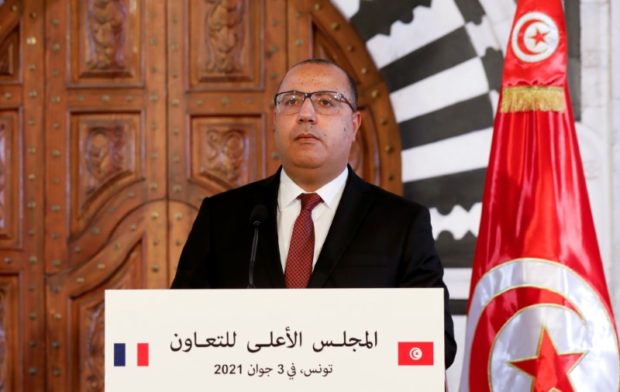 TUNIS —  Violent protests erupted in the streets of Tunisia’s capital again on Saturday night, adding to the pressure on Prime Minister’s Hichem Mechichi’s government to crack down on police abuses.

The clashes occurred in the Sejoumi neighborhood of Tunis and followed protests earlier in the day in the center of the city during which protesters threw chairs and stones at the police who responded by kicking and hitting them with sticks.

The release of a video this week of police stripping and beating a young man triggered widespread anger in the country‮ ‬and raised doubts about the credibility of police reforms undertaken after the 2011 revolution.

The police officers involved in the incident were arrested, and the prime minister said the incident was shocking and unacceptable.

Protests in Sejoumi broke out on Tuesday after a man arrested by police on suspicion of dealing drugs died in custody. The family accused the police of beating him to death. Tunisia’s interior ministry has denied the allegation.

Human rights activists said police abuses have threatened to undermine the democratic gains made since the overthrow of President Zine El Abidine Ben Ali’s repressive regime a decade ago.