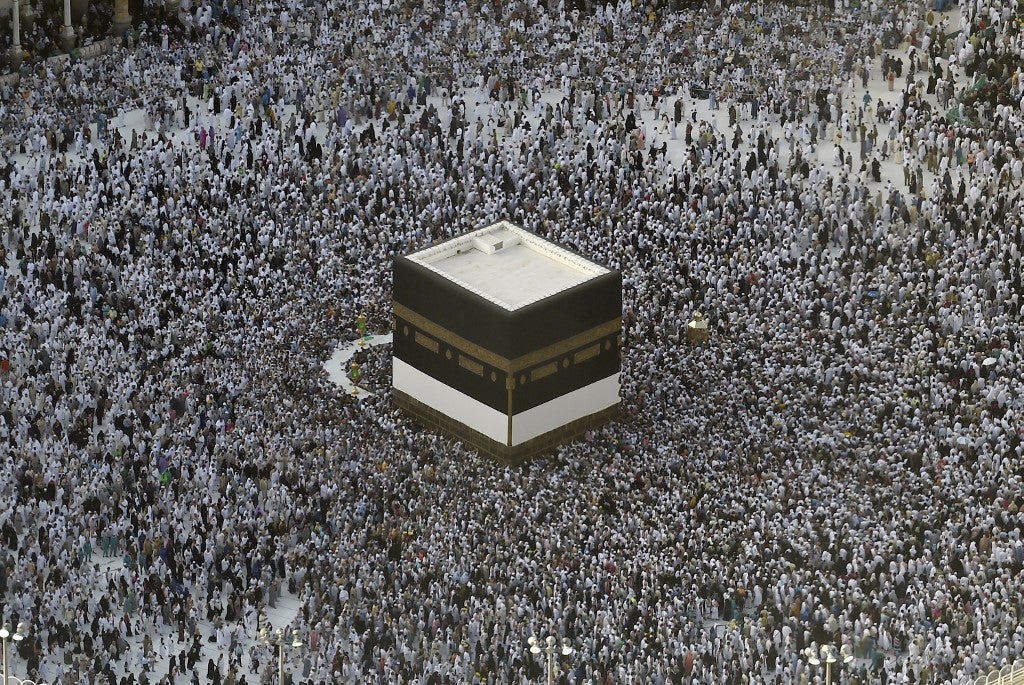 (FILES) In this file photo taken on August 8, 2019, Muslim pilgrims gather around the Kaaba, Islam’s holiest shrine, at the Grand Mosque in Saudi Arabia’s holy city of Mecca, prior to the start of the annual Hajj pilgrimage in the holy city. (Photo by FETHI BELAID / AFP)

Saudi Arabia announced Saturday it will allow 60,000 residents vaccinated against COVID-19 to perform this year’s hajj, but Muslims from abroad will be barred for a second straight year.

The hajj — a must for able-bodied Muslims at least once in their lives — typically packs millions of pilgrims into congested religious sites and could be a major source of contagion amid the coronavirus pandemic.

This year it would be “open for nationals and residents of the kingdom, limited to 60,000 pilgrims”, the hajj ministry said, quoted by the official Saudi Press Agency.

The pilgrimage, scheduled to be held in July, would be limited to those who have been vaccinated and are aged 18-65 with no chronic illnesses, it said.

Only up to 10,000 Muslims took part in the hajj in July last year, a far cry from the 2.5 million who participated in the five-day annual pilgrimage in 2019 before the pandemic.

“In light of what the whole world is witnessing with the coronavirus pandemic… and the emergence of new variants, the relevant authorities have continued to monitor the global health situation,” the health ministry said.

Saudi Arabia said those wishing to perform the hajj would have to apply online, without specifying how many foreign residents would be among the 60,000 pilgrims.

In 2020, foreigners were 70 percent of the pilgrims, while Saudis made up the rest.

The kingdom said later that it had informed other countries of the decision not to allow pilgrims from abroad.

“Arrangements for this were based on the kingdom’s keenness on the pilgrims’ health and the safety of their countries.” 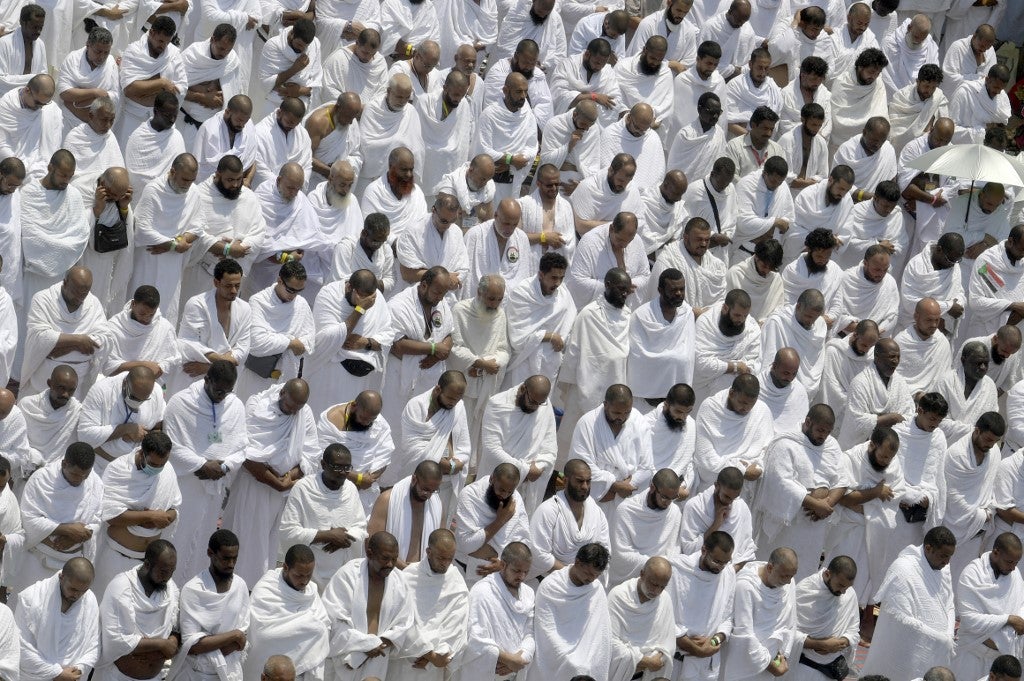 (FILES) In this file photo taken on August 10, 2019, Muslim pilgrims pray outside the Namirah mosque at Mount Arafat, also known as Jabal al-Rahma (Mount of Mercy), southeast of the Saudi holy city of Mecca, as the climax of the Hajj pilgrimage approaches.(Photo by FETHI BELAID / AFP)

Riyadh is accelerating a nationwide vaccination drive as it moves to revive tourism and host sports and entertainment events, pandemic-hit sectors that are a bedrock of the “Vision 2030” program to diversify its oil-reliant economy.

It has approved the Pfizer/BioNTech, Moderna, Johnson & Johnson and AstraZeneca vaccines.

In May, only inoculated or immunized citizens were allowed to travel abroad, after the kingdom lifted a ban on overseas trips introduced at the start of the pandemic.

The kingdom has also said that from August 1, vaccinations would be mandatory to enter government and private establishments, including education institutions and entertainment venues, as well as to use public transport.

In a relaxation of coronavirus curbs last October, Saudi Arabia opened the Grand Mosque for prayers for the first time in seven months and partially resumed the all-year-round umrah pilgrimage.

The limit on umrah pilgrims is 20,000 a day, with a total of 60,000 worshippers allowed to perform daily prayers at the mosque.

Authorities said the umrah — which usually attracts millions of Muslims from across the globe — would be allowed to return to full capacity once the threat of the pandemic has abated.

The revered Black Stone in the Kaaba — which is customary but not mandatory to touch during the pilgrimage — remains out of reach.

A scaled-down hajj represents a major loss of revenue for the kingdom, already reeling from the twin shocks of the virus-induced slowdown and a plunge in oil prices.

The hajj and the year-round umrah pilgrimages together rake in some $12 billion (10.3 billion euros) annually.

Last year, the foreign press were barred from the hajj, usually a huge global media event.

Saudi Arabia has so far recorded more than 460,000 coronavirus infections, including 7,537 deaths.

It more than 15 million coronavirus vaccine doses have been administered in the country of over 34 million people.

Hosting the hajj is a matter of prestige for Saudi rulers, for whom the custodianship of Islam’s holiest sites is their most powerful source of political legitimacy.

But a series of deadly disasters over the years, including a 2015 stampede that killed up to 2,300 worshippers, has prompted criticism of the kingdom’s management of the pilgrimage.

Muslims disappointed, but accepting, as Saudi scales back Hajj