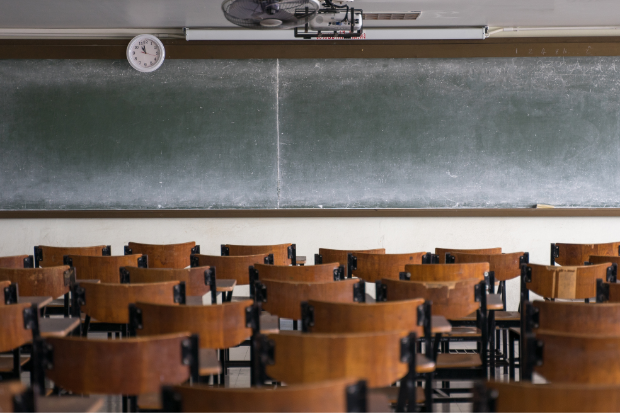 MANILA, Philippines — The Alliance of Concerned Teachers of the Philippines (ACT) on Friday is supporting the implementation of limited in-person classes in low-risk areas, but said that “concrete steps to enable the safe and limited reopening of schools” should be undertaken first.

ACT also urged the departments of education and of budget and management as well as Congress to address the multiple gaps in remote learning.

“On top of improving the rate of immunization in the country, the Duterte government must give equal attention to putting in place ample measures that will allow limited face-to-face classes in areas with little to no COVID-19 cases,” ACT said in a statement.

ACT added that based on a half-year survey it conducted in public schools, 83 percent of teacher-respondents from Metro Manila and 72 percent from other regions attested to the lack of school nurses in their areas.

About half of the total respondents noted they have either insufficient or no clinics at all in their schools, and that their classrooms have poor ventilation.

Many of the respondents also attested to the lack of comfort rooms and basic water supply in their schools.

ACT also criticized the government’s plan to base the reopening of schools on the number of vaccinated individuals since only around 1 percent of Filipinos have been fully inoculated so far.

The group has been proposing a two-pronged approach to safely reopen schools: Hasten and strengthen the health responses to the pandemic and concretely effect measures to prepare schools for a limited return to in-classroom learning in low-risk areas.

While the Department of Education (DepEd) has yet to disclose its final plans to resume face-to-face classes, the National Economic and Development Authority (Neda) is looking into the possibility of limited in-person classes at the start of the new school year in August.

The DepEd has yet to respond to the Neda’s proposal.

A Neda official had said in an online forum sponsored by the World Bank that a partial return to in-person classes in August was possible if the country could sustain its gains in containing the spread of COVID and the vaccination program gained momentum.

The campaign to manage the pandemic called Prevent-Detect-Isolate-Treat-Recover, or PDITR, must be intensified to enable the country to shift to a more relaxed quarantine classification, with lockdowns confined only to specific areas with high COVID cases, Undersecretary Mercedita Sombilla of the Neda said on Thursday.

Less restrictions would eventually allow mobility of children and the elderly and the resumption of face-to-face classes, which the government could possibly pilot test by August, Sombilla said.