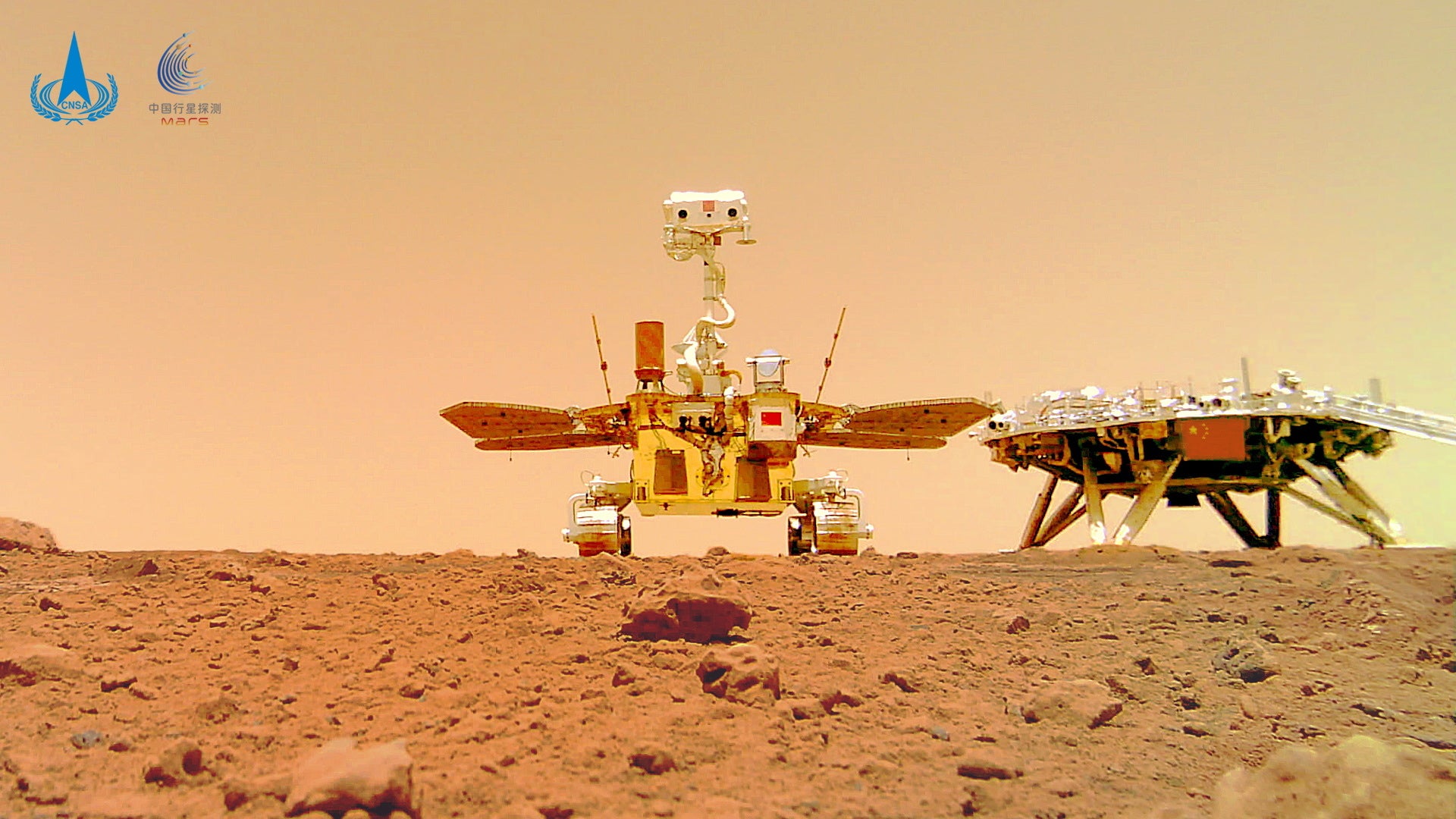 RED PLANET VISITOR The Chinese rover Zhurong and the lander of the Tianwen-1 mission, captured on the surface of Mars by a camera detached from the rover, are seen in this image released by the China
National Space Administration on June 11. —CNSA/HANDOUT VIA REUTERS

Zhurong’s touchdown in May was the first ever successful probe landing by any country on its first Mars mission — a milestone in China’s ascent to space superpower status.

The rover, named after a mythical Chinese fire god, has since been studying the topography of a vast Martian lava plain known as the Utopia Planitia.

Photos published by the China National Space Administration showed tracks in the red soil left by Zhurong, which the agency described as “China’s imprint”, after it drove onto the planet’s surface from a landing platform adorned with a large Chinese flag.

The space agency said on Friday that the Mars mission’s “engineering tasks were carried out smoothly as planned,” and that the equipment were currently “in good condition.”

China has now sent astronauts into space, powered probes to the Moon and landed a rover on Mars — one of the most prestigious of all prizes in the competition for dominion of space.

The United States and Russia are the only other countries to have reached Mars, and only the former has operated a rover on the surface.

Several US, Russian and European attempts to land rovers on Mars have failed in the past, most recently in 2016 with the crash-landing of the Schiaparelli joint Russian-European spacecraft.

The latest successful arrival came in February, when US space agency NASA landed its rover Perseverance, which has since been exploring the planet.