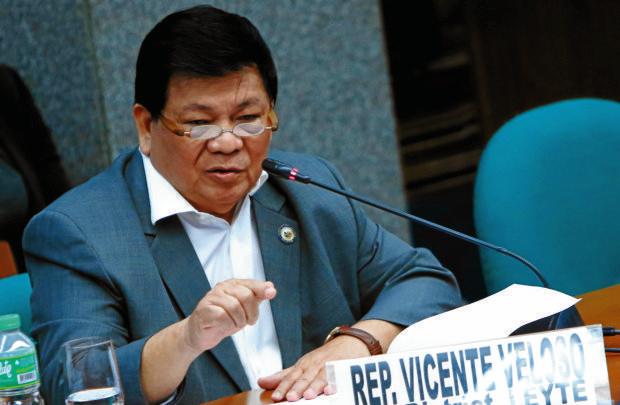 MANILA, Philippines — One of President Duterte’s notorious lists of alleged drug offenders suffered a legal blow after the Court of Appeals (CA) ordered law enforcement agencies to exclude Leyte Rep. Vicente Veloso III from a “narcolist” and to destroy all related documents, records and information about him. In a five-page resolution made public on Thursday, the CA’s former Special 8th Division granted the privilege of habeas data to Veloso, a former member of the court who was included in the government’s list of politicians purportedly involved in the illegal drug trade in 2019.

A writ of habeas data is a remedy available to any person whose right to privacy in life, liberty or security has been violated or under threat by the unlawful gathering of information about the person, his or her family, and home.

“Accordingly, the respondents are hereby ordered to destroy all documents, records and information which pertain to the person of the petitioner obtained in relation to the 14 March 2019 narcolist,” the court said in its June 8 ruling.

“They are further ordered to rectify the said narcolist and delete the name of the petitioner. They are also enjoined from further including the petitioner’s name in any publicized derogatory list that fails to follow due process,” it added.

Veloso did not immediately respond to the Inquirer’s request for comment.

Veloso denied that he was involved in drugs, saying it was a “ridiculous” allegation that would come out during election time. He was then running for his third term in the May 2019 polls.

The CA, however, clarified that its decision should not prevent law enforcers from filing charges against Veloso if they had the evidence, “which should have been done, to begin with, as a matter of due process.”

It said the court’s action “is by no means to be interpreted as a hindrance to the Executive’s duty to enforce all laws.”

“It should not be construed as an absolute censure on the part of the government to take actions against personalities who are involved in illegal drug trade and other criminal activities,” the court said. “Any course of action, however, which fails to observe respect for constitutional rights will never be tolerated.”

The ruling is the Duterte administration’s third loss at the CA recently. The court earlier junked the government’s bid to revive the coup d’etat charge against former Sen. Antonio Trillanes IV, one of the President’s most strident critics, and a separate rebellion charge against him.

The CA first ruled not to act on Veloso’s petition for habeas data in November 2019, citing a pending administrative complaint linking him to illicit drugs in the Office of the Ombudsman. The court said his petition should be consolidated with the case filed by the DILG against him.

But in October last year, the CA reversed its decision and directed the respondents to justify Veloso’s inclusion in the “narcolist” as it rejected the government’s argument that providing records of drug war investigations would harm national security.

“We have carefully scrutinized the documents submitted by the respondents and found no basis to hold them and the information contained therein to be matters of national security,” the appellate court said.

It stressed that while there’s no universally accepted definition of national security, there are generally accepted principles attached to it—“mainly, that is related to the protection of a nation’s existence, its territorial integrity, and its national sovereignty against the use or threat of force, such as a military threat or attempts to violently overthrow the government.”

The documents and information on Veloso provided by the authorities “hardly hurdle the above standards,” the court said.

It added that Veloso was able to prove with substantial evidence his allegations that the narcolist threatened his right to privacy in life, liberty, or security.

PNP spokesperson Brig. Gen. Ronaldo Olay said it had complied with the court’s order to expunge Veloso’s name and that the police had no record of his inclusion in the narcolist.

Veloso, 76, served as a member of the appellate court for 11 years until his retirement in 2015.

The former CA magistrate was one of the 38 members of the House justice committee who voted to impeach then Supreme Court Chief Justice Maria Lourdes Sereno in March 2018, a year before his name was included in Duterte’s narcolist. —WITH REPORTS FROM JEANNETTE I. ANDRADE AND NESTOR CORRALES INQ