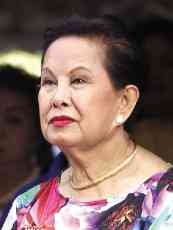 MANILA, Philippines — The Sandiganbayan has cleared former Makati Mayor Elenita Binay of graft and malversation charges over the purchase of hospital beds and other medical equipment worth P45 million in 2000 and 2001.

In a decision handed down on Thursday, the Sandiganbayan Special Third Division said the prosecution failed to prove guilt beyond reasonable doubt.

Two employees of the Makati City Hall were found guilty of two counts of violation of the Anti-Graft and Corrupt Practices Act. They were, however, cleared of malversation charges.

Supply officer Conrado Pamintuan and administrative officer Jaime de los Reyes, both members of the canvass committee, were sentenced to indeterminate imprisonment of six years and one month minimum to eight years maximum per count. They were also barred from holding public office.

Amended information of the case said the contract was awarded to Apollo Medical Equipment and Supplies without justification as to why no competitive public bidding was conducted.