Sen. Binay to CPP-NPA over landmine blast: No amount of apology would suffice

MANILA, Philippines — No amount of apology or remorse would be enough to ease the pain of the families of Far Eastern University football player Kieth Absalon and his cousin Nolven Absalon who were killed in a landmine blast in Masbate City, Senator Nancy Binay said Thursday.

“I stand with everyone else in condemning the senseless deaths of Kieth and Nolven, and denounce this act of violence and irresponsible action by the New People’s Army. No amount of apology, justification or remorse would suffice to ease the pain over their loss,” the senator said in a statement.

Binay made the statement after the Communist Party of the Philippines and its armed wing, the New People’s Army earlier took “full responsibility for the tragedy” and expressed “deep remorse” for the “untimely and unnecessary” deaths of the victims. 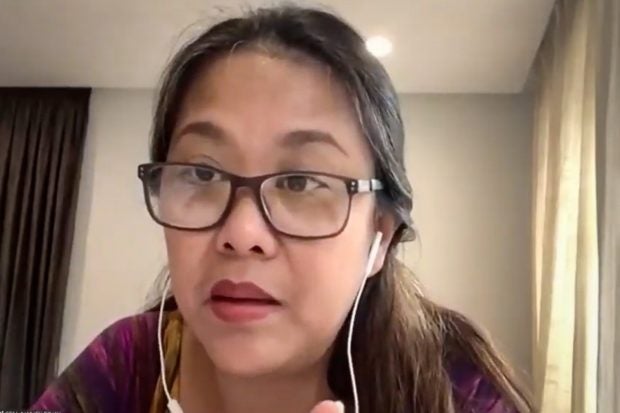 “The entire [CPP] and [NPA] express their deep remorse over the untimely and unnecessary deaths of cousins Keith and Nolven Absalon and injury to others resulting from errors in the military action mounted by an NPA unit in Barangay Anas, Masbate City last Sunday,” CPP information officer Marco Valbuena said in a statement Tuesday.

“The entire CPP and NPA take full responsibility for the tragedy. There is no justification for the aggravation this has caused the Absalon family,” he added.

Kieth and Nolven Absalon were killed in a landmine blast in Masbate City while they were biking on June 6.

Binay said “land mines are an evil plague that have turned fields into deathtraps.”

The senator also extended her sympathies condolences to the victims’ relatives and family.

“Senseless deaths have been happening far too much. Kieth and Neolven didn’t deserve to die. No one does. Let justice be served,” she said.

Several senators  have  also mourned the passing of the FEU athlete and his cousin, and condemned the violence that caused their demise.

Philippine National Police chief Gen. Guillermo Eleazar has directed the Masbate provincial police to coordinate with military units in the area to launch a manhunt against the perpetrators of the blast. Faith Yuen Wei Ragasa, Inquirer trainee