Who am I going to be in 2022? Palace says Duterte will listen to all suggestions | Inquirer News
Close
menu
search

Who am I going to be in 2022? Palace says Duterte will listen to all suggestions 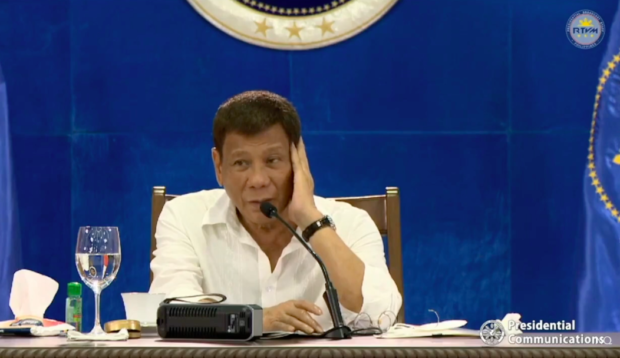 Crowdsourcing President Rodrigo Duterte: All suggestions for the future of my political career in 2022 are welcome. Screengrab from RTVM video

MANILA, Philippines — President Rodrigo Duterte welcomes all “well-meaning” remarks and suggestions as he is still in the process of deciding on plans for the 2022 national elections, Malacañang said Tuesday.

Presidential spokesperson Harry Roque said Duterte is open to all remarks, including his former running mate Taguig-Pateros Rep. Alan Peter Cayetano’s statement that it would be better for the President to be an “elder statesman” than run for vice president.

Cayetano said Duterte’s “legacy” might be affected if he decided to run for the second-highest government post in the 2022 polls.

(I’m sure the President will listen to all of these well-meaning remarks, particularly coming from former Speaker Cayetano, who was the President’s running mate in 2016.)

(President Duterte has yet to decide, so everyone who has a suggestion is welcome because the President is still deciding.)