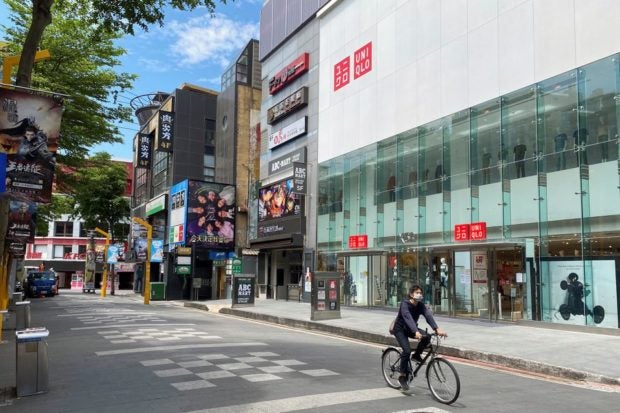 TAIPEI — Taiwan’s health minister warned on Tuesday of further delays to getting more COVID-19 vaccines but said the government was doing all it could to get them, as he reported a stabilization of new infections.

Taiwan has been struggling to speed up its vaccination program while it deals with a spike in domestic cases, with only about 3% of its 23.5 million people having received at least one shot.

The government had said it aimed to get 2 million more doses by the end of this month, apart from an almost similar number donated by Japan and the United States, but Health Minister Chen Shih-chung said there were problems getting the vaccines.

“In fact, purchases are not so stable, but we will continue working hard,” he told his daily news conference, pointing to production problems at factories.

“We hope that by the end of August, 10 million vaccines will reach Taiwan,” Chen added, reiterating a previous timetable.

Taiwan has 10 million doses on order from AstraZeneca Plc and more than 5 million from Moderna Inc, plus about another 5 million from the COVAX global sharing scheme.

Chen announced 219 new domestic COVID-19 cases, slightly up from the 211 reported on Monday, and said positive rates during tests were continuing to fall in the capital, Taipei, and its neighboring city where cases have been concentrated.

“This is quite a good phenomenon,” he said. “However there is no cause to relax.”

Taiwan has a long holiday this weekend for the traditional Dragon Boat festival, and the government has been urging people to stay put and return train or bus tickets they might have already bought.

“I continue to call on people to avoid moving around during the Dragon Boat festival,” Chen said.

Taiwan has reported a total of 11,694 case since the pandemic began, including 308 deaths, which, while far fewer than many other parts of the world, has shocked people in Taiwan which for months had no or very few community infections.

Read Next
Who am I going to be in 2022? Palace says Duterte will listen to all suggestions
EDITORS' PICK
Palace: Law, ordinance needed to arrest people refusing to get COVID-19 vaccine
Piolo Pascual: The Ultimate Heartthrob continues to level up
Want to help local farmers? Shop small and eat Real Food
TeaM Energy pushes development programs to help in pandemic rebound
‘Untimely and premature’: Isko declines feelers from LP to join alliance
No community transmission of Delta variant yet, says Nograles
MOST READ
Duterte-Duterte tandem possible but ‘winnability is another question’ — Binay
Vaccine profits: Making a killing from a killer virus
Sharon Cuneta on living in the US: ‘Nagagawa ko lahat ng normal na bagay’
After flying PAF jet, AFP chief vows more modern aircraft for PH defense
Don't miss out on the latest news and information.