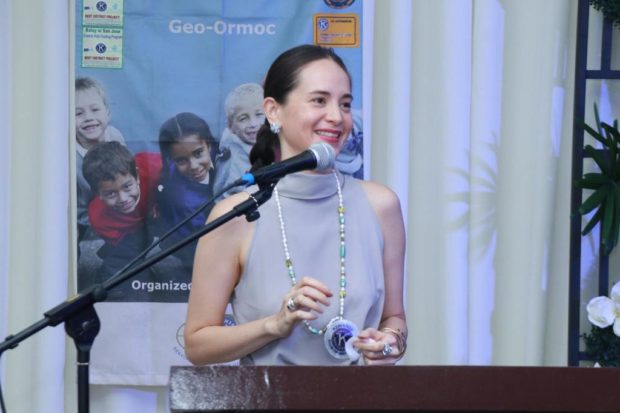 Torres-Gomez, who has actively defended the NTF-Elcac, said that red-tagging is “very damaging to a person’s reputation, and even if later on it is proved wrong, the damage is already done.”

“He needs to be made accountable for his errant actions– by this, I refer to publicly accusing regular citizens of supporting terrorists, without any proof,” Torres-Gomez
told INQUIRER.net in a text message.

“I understand that it is the the job of the NTF-Elcac to be suspicious, and the question is–do they have to do this in the public arena?” she added.

Further, Torres-Gomez said that Parlade’s “public accusations” are not condoned in the Anti-Terrorism Law (ATL) which critics claimed to have enabled the brazen red-tagging of those critical of the government.

“The manner of Parlade’s public accusations are not condoned in the ATL. As far as the ATL is concerned, this is a law that allows our agencies and law enforcement to prevent terrorist acts from actually happening,” Torres-Gomez said.

“The term red-tagging – in the ATL is referred to as “designation” of terrorists or terrorist groups. This process is not taken lightly at all, and the ATL provides for a way for designated individuals and organizations to dispute this designation,” the lawmaker added.

INQUIRER.net has sought the comment of Parlade but has yet to receive a reply as of posting time.

Torres-Gomez has said that Parlade’s errant actions should not affect the whole NTF-Elcac amid calls to defund the anti-insurgency agency amid the red-tagging issues its officials have been linked to.

The lawmaker earlier argued that suggestions to defund the NTF-Elcac are not the right action and answer to complaints of red-tagging.