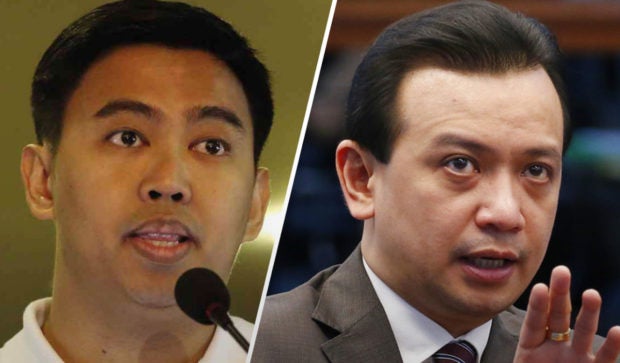 Binay also said that the court’s decision should also serve as a reminder to Trillanes that being a legislator “is not a license to destroy reputations.”

Binay filed a libel case against Trillanes for his April 2015 radio and television statements against the former local government chief. The court has ruled that Trillanes was guilty as charged and ordered the ex-senator to pay Binay P500,000 in moral damages, as well as the costs of the lawsuit, and a fine of P100,000 complying with a Supreme Court circular preferring the imposition of fines rather than imprisonment in libel cases.

“The decision is a reminder to Trillanes that being a senator is not a license to destroy reputations. He has clearly abused his power as a senator and the decision establishes that beyond doubt,” he added.

Trillanes had previously publicly claimed that members of the 6th Division of the Court of Appeals were allegedly given bribes in millions of pesos in exchange for the favorable action related to the former mayor’s case.

The former senator, for his part, described his guilty verdict as “the price to pay for standing up against very powerful people.”

“We intend to exhaust all legal remedies to overturn this ruling. Regardless, we will not let this legal setback discourage us in pursuing our advocacy to purge our government of corrupt and abusive public officials,” Trillanes said in a statement.