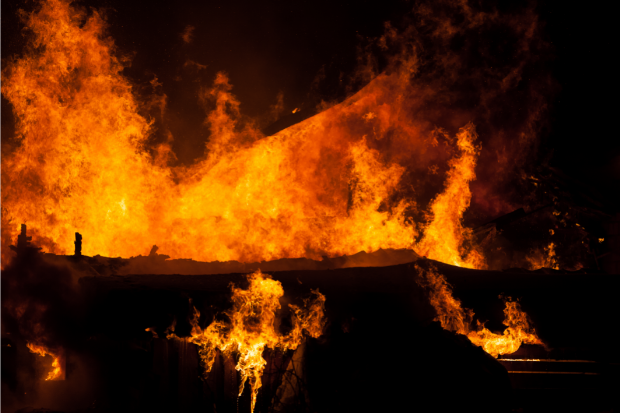 A man in the United States has been charged with aggravated arson for setting his own home on fire, after he had second thoughts about moving in with his girlfriend.

Jordan James Berghout of Clearfield, Utah was charged with the felony on Tuesday, May 25, as per NBC affiliate KSL News on the same day. It is said that when police questioned him about the fire that destroyed his home, he admitted that he was the one who started it.

Berghout told authorities that his girlfriend had been planning to live with him in his trailer but “things with her had not been going well lately.” He then decided to set fire to his home to get out of the new living arrangement.

“If he burned down his house, he would no longer have to worry about his girlfriend moving into the home,” case documents on April 25 stated.

The suspect sprayed his drapes with automotive cleaner and lit them on fire, a prosecutor stated in the report. The fire caused significant damage to Berghout’s home and the neighboring trailer which housed a family of four, according to a police affidavit.

In his affidavit, Berghout stated that he “hears voices” which have previously told him to cause harm to himself or others. The suspect also admitted he was addicted to methamphetamine. Dana Cruz/JB

Man dies after being set on fire inside own home; teens charged for murder