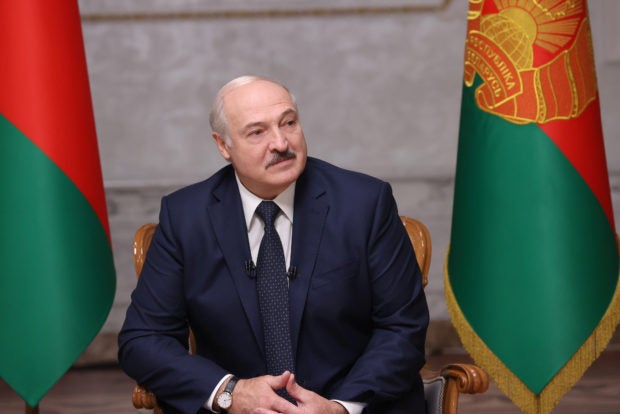 Minsk, Belarus — Belarusian President Alexander Lukashenko said Wednesday that “attacks” on the country have crossed “red lines” after the diversion of a Ryanair flight over Belarusian airspace sparked a global outcry.

The Athens-to-Vilnius flight carrying a wanted opposition activist was forced to make a landing in Minsk on Sunday over a supposed bomb scare, prompting several EU carriers to stop flights over Belarus.

“As we predicted, our ill-wishers at home and abroad have changed their methods of attacking the state,” Lukashenko said in an address to members of parliament, the Belta state-run news agency reported.

“They have crossed many red lines and crossed boundaries of common sense and human morality,” Lukashenko added.

Lukashenko and his allies were already under European and US sanctions over the violent crackdown on post-election protests that gripped the nation last year.

Tens of thousands took to the streets to demand the resignation of 66-year-old Lukashenko, who has ruled over Belarus for over two decades.

The European Union said it was eyeing fresh sanctions on Lukashenko’s regime after the incident.

European leaders have also demanded the release of Roman Protasevich, an opposition activist who was on board the plane and arrested by Belarus authorities in Minsk.

The 26-year-old activist co-ran the Nexta Telegram channels, prominent voices of the opposition that helped mobilize and coordinate protesters.

He faced up to 15 years of jail on charges of organizing mass unrest.