When to have sex? PH women showing independence but more needs to be done, say experts 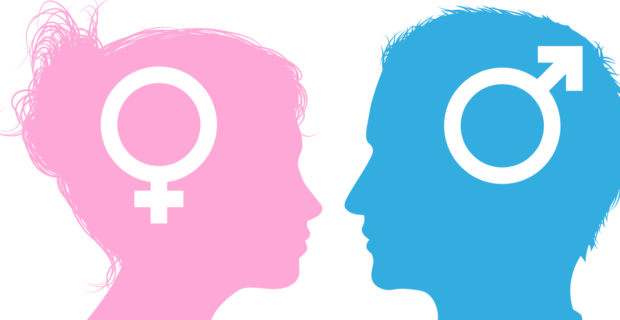 MANILA, Philippines—Filipino women are increasingly making their own decisions about their bodies, when to have intercourse, get pregnant, or rear a child but policies and laws supporting this right needed enforcement, according to two agencies.

Given the term “bodily autonomy” by the United Nations Population Fund (UNFPA), women’s right to make independent decisions involving their bodies ranges from reproductive health, when to have sex and when to have children.

“This includes when, whether or with whom to have sex,” said UNFPA at an online press conference on Wednesday (May 19).

“It includes when, whether or with whom you want to become pregnant,” UNFPA said. “It means the freedom to go to a doctor whenever you need one,” it said.

The recent State of the World Population (SWOP) report “My Body is My Own: Claiming the right to Autonomy and Self-Determination,” said women worldwide enjoy only 75 percent of legal rights being enjoyed by men even if policies or laws mandating gender equality are already in place in several countries. 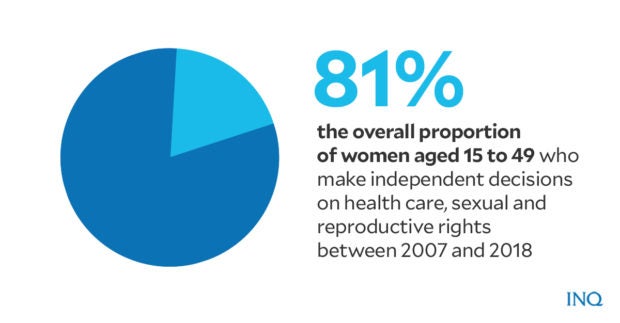 In the Philippines, the overall proportion of women aged 15 to 49 who make independent decisions on health care, sexual and reproductive rights between 2007 and 2018 was 81 percent. 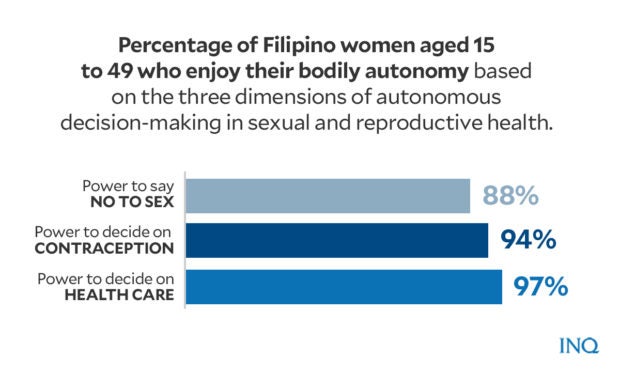 Despite a good record on women’s rights, according to UNFPA and the Philippine Commission on Population and Development (Popcom), the Philippines is still confronted with at least 20 million young women whose right to bodily autonomy is under assault “as practices of child marriage, experiences of gender-based violence and lack of access to credible information and services for reproductive health persists.”

Dr. Leila Joudane, UNFPA country representative, said at the press conference that there’s still a lot of room for improvement in the Philippines in the enforcement of laws and policies protecting women or girls’ rights to bodily autonomy.

“In the Philippines, we are doing very well but still, there is a lot where we need to do more,” said Joudane. “I can see that there is a political will to do more, to ensure that women and girls have the right to enjoy their bodily autonomy,” she said.

“It is important to ensure that the laws in place are implemented, this is where the Philippines need to do more,” she added.

Among such laws is the Responsible Parenthood and Reproductive Health Act of 2012, otherwise known as the RPRH law or Republic Act No. 10354.

Joudane also pointed to the need to address disparities in income, age, education and geographic location that make it more difficult for women to exercise bodily autonomy.

Dr. Juan Antonio A. Perez III, Popcom executive director, said an alarming increase in adolescent pregnancies in the Philippines may be partly attributable to Filipino youths’ “inability to realize their rights to autonomy and self-determination.”

“Sadly, the desired condition of bodily autonomy is diametrically opposed with what a large number of teenagers in the Philippines, who are victims of adolescent pregnancies, have to go through,” said Perez at the same press conference.

“Popcom’s analyses of their conditions reveal a degree of abuse, or when the partner wields economic power or asserts authority due to an older age status,” said Perez. 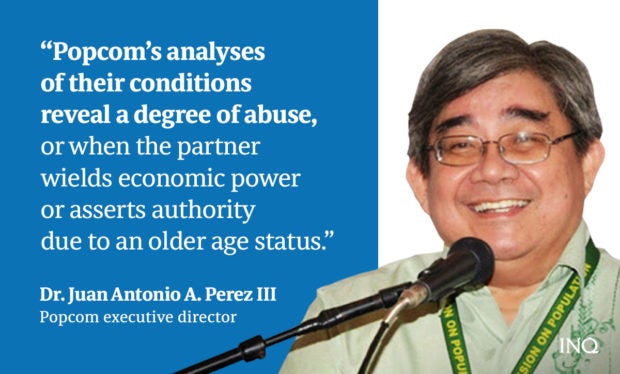 “Clearly, these young mothers were deprived of making choices about their pregnancy and resulting in early motherhood,” he said. 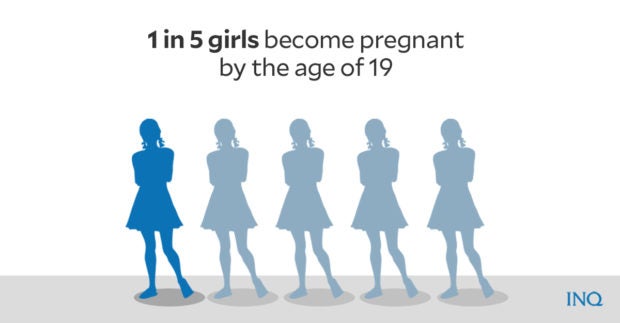 According to data from Popcom, the Philippines’ adolescent pregnancy rate is jaw-dropping. One in every five girls become pregnant by the age of 19 and this was true even before the COVID-19 pandemic. 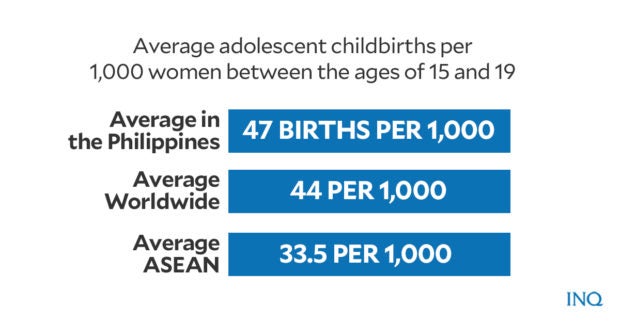 The Philippines also has the highest adolescent birth rate among Asean countries—47 births per 1,000 women between the ages of 15 and 19. This is higher than the average adolescent childbirths worldwide (44 per 1,000) and in Asean (33.5 per 1,000).

Perez said to correct the anomaly, the government must support programs protecting the rights of young people to self-determination and bodily autonomy.

Such programs included sex education in all schools, which could also mean age-appropriate lessons for children to understand their bodies and sexuality at a young age.

“These will be vital, especially about their bodies, and revise the policies that disadvantage our young people in realizing these related rights,” Perez said.