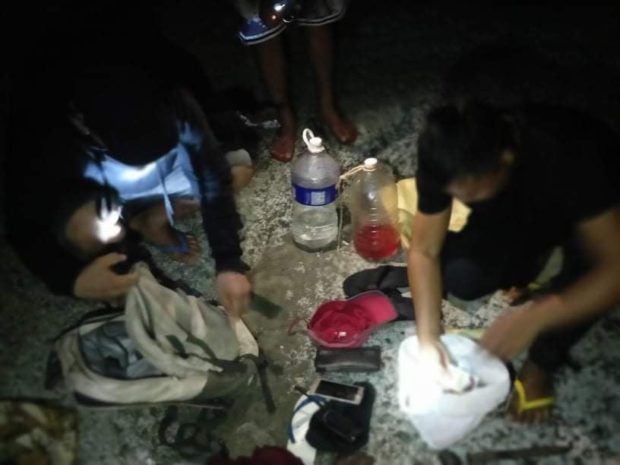 Several tools allegedly used for a small-scale mining in Claveria town, Cagayan province were seized from 10 people who were also arrested by police for the illegal activity. (Photo courtesy of PNP-Claveria)

TUGUEGARAO CITY-Ten people, including a minor, were arrested after they dug stones along the shoreline of Claveria, Cagayan on Monday, May 17, police said.

Police said village officials tipped them off about the small-scale mining in Barangay D’Leano.

The suspects were charged with violation of the People’s Small-Scale Mining Act of 1991 (Republic Act 7076) while the minor was endorsed to the local social welfare and development officer in Claveria.