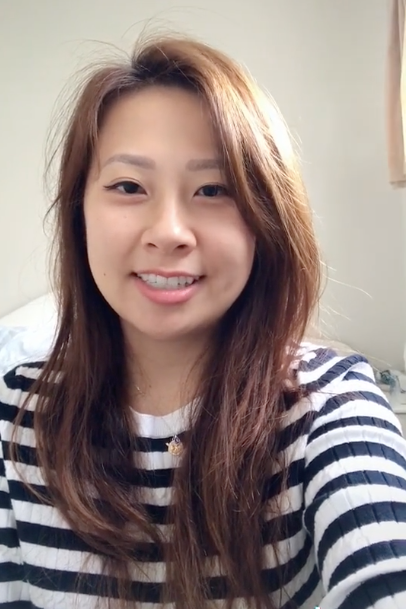 Angie Yen has been documenting her journey of dealing with an apparent foreign accent syndrome via TikTok. Image: screengrab from TikTok/@angie.mcyen

An Australian woman, who has never been to Ireland in her entire life, just woke up with an “Irish accent” a few days after undergoing tonsil surgery.

Angie Yen, a dentist from Brisbane, is believed to have foreign accent syndrome, as per Seven News yesterday, May 12. The said speech disorder is often caused by brain damage and impairs someone’s ability to precisely control the muscles used in speech.

Yen disclosed, however, that she has never suffered from a stroke or any brain injury, although her way of speaking changed 10 days after having her tonsils operated on.

“I didn’t have any issues with talking or eating or anything like that, if anything the throat was just very, very sore,” she was quoted as saying.

“Everything was normal, I was just on painkillers, so I was living life normally. There was nothing out of the ordinary,” Yen added.

Yen has since taken to the video-sharing site TikTok to document and share her journey with the rest of the world as she tries to figure out what actually happened.

“I took a shower and I usually sing when I shower and listen to songs and all of a sudden, I was talking in an Irish accent,” the dentist recalled in her first TikTok video posted on April 30.

“And I thought initially that it was just something I was hearing, this can’t be real and now I can’t shake it. I just did an interview in an Irish accent and I’ve never been to Ireland,” she stressed, audibly talking in a way very similar to the Irish accent.

Day 1: I woke up with an Irish accent 😱 #sendhelp

On the same day, Yen called a friend who often travels around the world to ask him what kind of accent she has, she disclosed to the news outlet. Her friend then told her, “You sound like you’re Irish.”

While Yen believes that she indeed has foreign accent syndrome, she disclosed that her doctor and surgeon has not made an official diagnosis yet. He advised Yen, however, to get an MRI scan and blood tests.

Yen is admittedly a private person, but she decided to take to TikTok anyway to raise awareness for her condition.

“Eventually I felt that somewhere in the world someone might wake up with this one day and feel just as lost, alone, and isolated as I am,” Yen was quoted as saying.

“And hopefully one day this can be better understood,” she added.

As of yesterday, Yen still has an “Irish accent” and has yet to post an update on her condition. She will be undergoing speech therapy, among many others, for her apparent syndrome.

While foreign accent syndrome is rare, this is not the first time such a case made headlines. Last year, a woman in Jamaica suddenly developed a British accent after getting brain damage from a car accident. Ian Biong /ra