Brussels calls on EU countries to help Italy with migrants 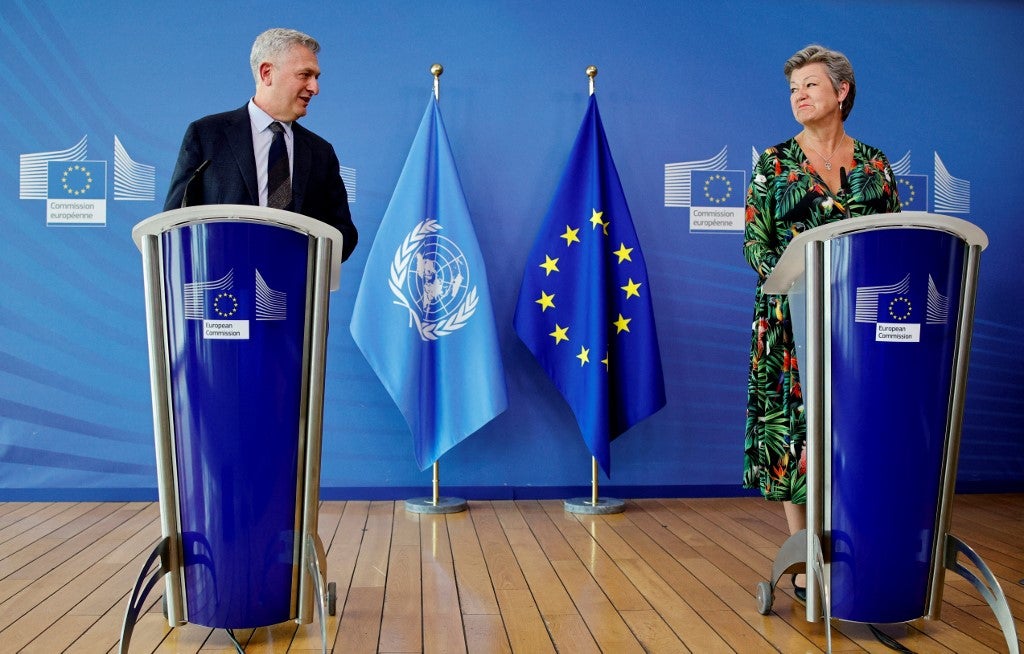 BRUSSELS — The EU’s commissioner for home affairs, Ylva Johansson, on Monday called for the bloc’s countries to show “solidarity” with Italy after it took on more than 1,400 migrants arriving on boats over the weekend.

“I call on other member states to support with relocation” of the migrants, many of whom are expected to apply for asylum, she told a media conference alongside UNHCR chief Filippo Grandi.

“I know it’s more difficult in these pandemic times but I think it’s possible to manage, and now it’s time to show solidarity towards Italy and to help in this situation,” she said.

The migrants aboard around 15 boats arrived on Italy’s island of Lampedusa.

Johansson on Monday spoke by telephone with Italy’s interior minister, Luciana Lamorgese, and said her office was contacting other EU countries and asking them to take in the migrants.

The incident exposed the lack of consensus among the EU on how to handle irregular migrants flows so that the burden does not fall on a few countries, mainly Greece and Italy.

Efforts to reform the current system have been frustrated by some EU countries refusing to host quotas of migrants and demanding faster screening and repatriation of those deemed not to be in genuine need of asylum.

Johansson and Grandi said the situation showed the need for a new pact proposed by the commission seven months ago to be adopted.

“We need also a temporary arrangement to deal with the situation before we have the pact adopted,” Johansson said.

Grandi added that, in terms of the weekend landings in Italy, “we’re talking of manageable numbers” to distribute among EU members.

He also said there has been “a lot of loss of lives” in the past few weeks as migrants seek to cross the Mediterranean to Europe from North African countries, especially Libya.

He added: “We need to stop the pushbacks that are happening all along external borders of the EU and we need a mechanism to investigate those pushbacks when they happen.”