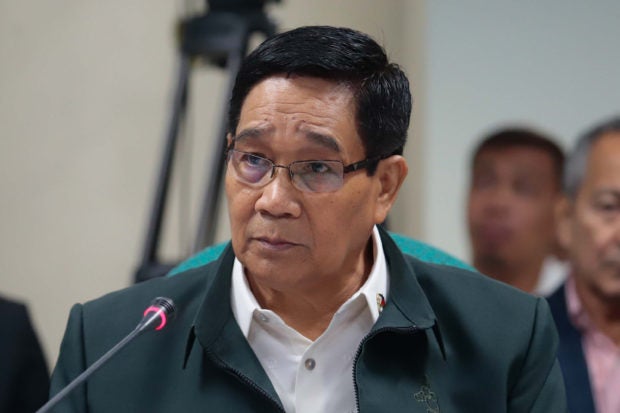 National Security Adviser and NTF-Elcac Vice-Chairman Hermogenes Esperon Jr. said in a press conference on Monday that increasing the number of their spokesperson to eight is seen to up their system of information exchange and further push the task force’s stance on several issues.

“These eight spokespersons come from the different agencies of the government, the designation of officials under the expanded pool of spokespersons allows for focused discourse and engagement with the public on each spokesperson’s respective coverage,” explained Esperon.

Army Lt. Gen. Antonio Parlade Jr. will keep his concurrent post in the anti-insurgency task force as spokesperson for security sector operations, as well as Presidential Communications Operations Office Undersecretary Lorraine Badoy as spokesperson for social media affairs and the sectoral concerns. These two drew broad criticism for their alleged red-tagging remarks on community pantry organizers, which consequently led to calls by senators to defund NTF-Elcac.

According to Esperon, the six new spokespersons of NTF-Elcac are:

Esperon said there is a need for NTF-Elcac to add more spokespersons because the Communist Party of the Philippines-New People’s Army (CPP-NPA) has proven itself to be a “multifaceted, multilayered.”

“And so, just like the NPA, we have to cover everything,” he stressed.

Esperon also defended the designation of a total of eight NTF-Elcac spokespersons by saying the task force is composed of “practically all agencies of government,” thus, there is a need to spread the work to different people.

“The National Task Force is composed of practically all agencies of government. We are just drawing the support and pool of talents from all government agencies,” he said.

Senators earlier said the P19.5 billion budget of the NTF-Elcac should instead be realigned to aid pandemic-hit Filipinos.