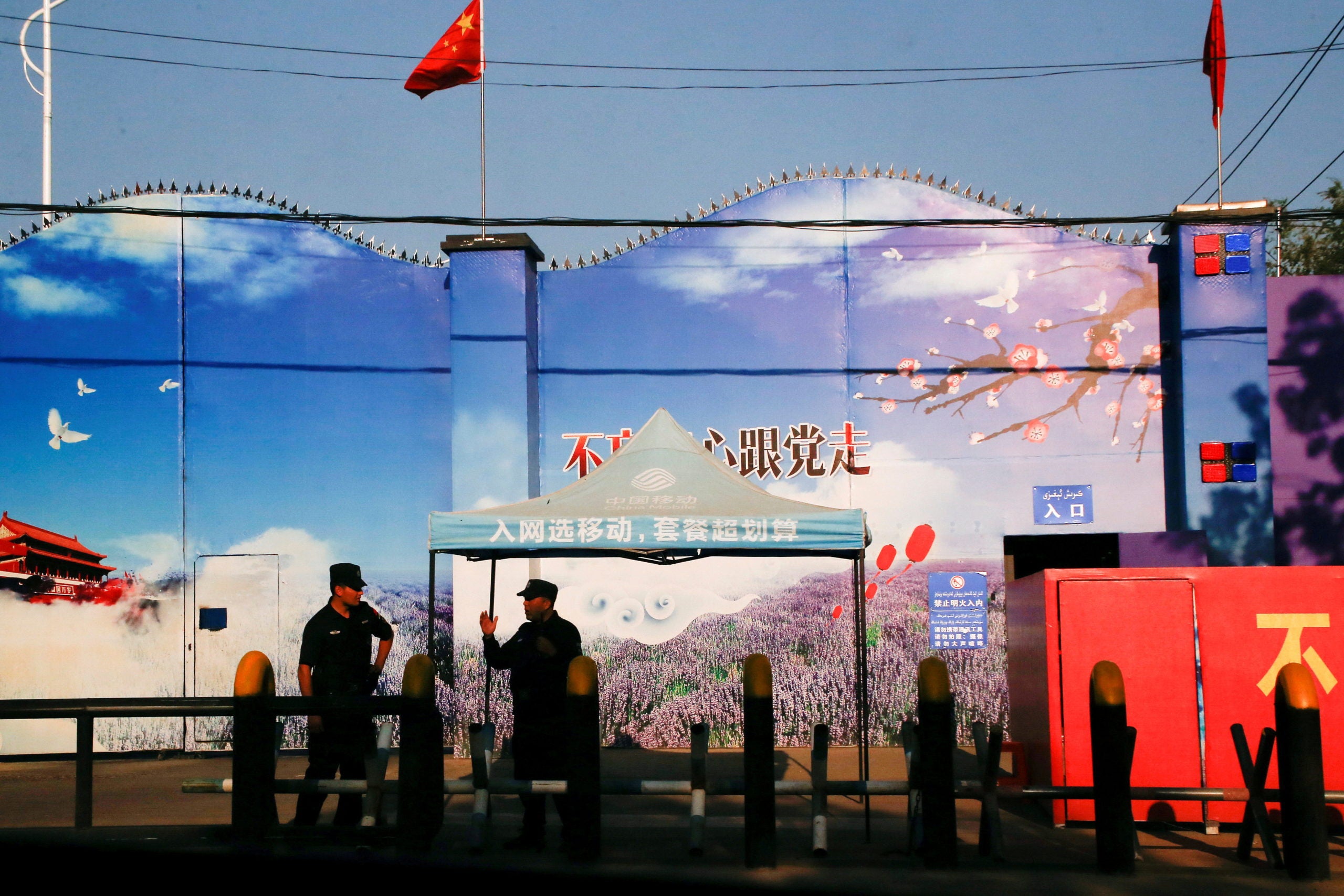 FILE PHOTO: Security guards stand at the gates of what is officially known as a vocational skills education center in Huocheng County in Xinjiang Uighur Autonomous Region, China on September 3, 2018.REUTERS/Thomas Peter/File Photo

NEW YORK—China has urged United Nations member states not to attend an event planned next week by Germany, the United States and Britain on the repression of Uyghur Muslims and other minorities in Xinjiang, according to a note seen by Reuters on Friday.

“It is a politically-motivated event,” China’s U.N. mission wrote in the note, dated Thursday. “We request your mission NOT to participate in this anti-China event.”

China charged that the organizers of the event, which also include several other European states along with Australia and Canada, use “human rights issues as a political tool to interfere in China’s internal affairs like Xinjiang, to create division and turbulence and disrupt China’s development.”

“They are obsessed with provoking confrontation with China,” the note said, adding that “the provocative event can only lead to more confrontation.”

The Chinese mission to the United Nations did not immediately respond to a request for comment.

The ambassadors of the United States, Germany and Britain are due to address the virtual U.N. event on Wednesday, along with Human Rights Watch Executive Director Ken Roth and Amnesty International Secretary General Agnes Callamard.

The aim of the event is to “discuss how the U.N. system, member states and civil society can support and advocate for the human rights of members of ethnic Turkic communities in Xinjiang,” according to an invitation.

Western states and rights groups have accused authorities in Xinjiang of detaining and torturing Uyghurs in camps, which the United States has described as genocide. In January, Washington banned the import of cotton and tomato products from Xinjiang over allegations of forced labor.

Beijing denies the accusations and describes the camps as vocational training centers to combat religious extremism.

“Beijing has been trying for years to bully governments into silence but that strategy has failed miserably, as more and states step forward to voice horror and revulsion at China’s crimes against Uyghurs and other Turkic Muslims,” Human Rights Watch U.N. director Louis Charbonneau said on Friday.

UK calls on China to allow access to Xinjiang after sanctions