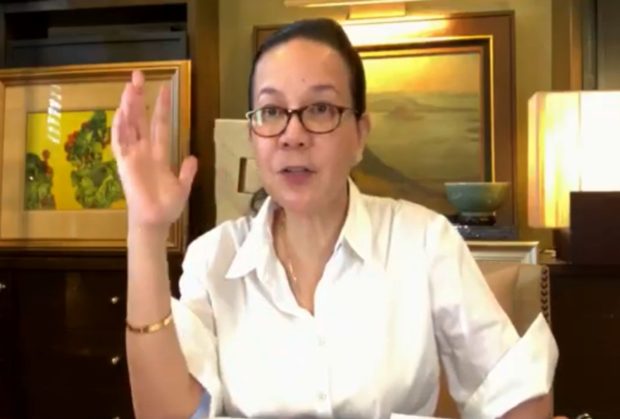 MANILA, Philippines — Senator Grace Poe on Friday called on newly appointed Philippine National Police (PNP) chief Gen. Guillermo Eleazar to push for the use of body cameras in serving arrest and search warrants as among his “first mission orders.”

“PNP Chief Eleazar has been known to conduct inspections and make sure that his officers are performing to the best of their ability,” Poe said in a statement.

“I’m hopeful that the new chief will push for the use of body and dash cameras to help make our police force more professional in the field,” she added, saying such cameras are an “affordable technology embraced by police forces all over the world.”

Four years after the funds for the purchase of the said equipment were included in the national budget, the first batch of body cameras—consisting of 2,600 units—was delivered early this year following “procurement hurdles” that hounded three previous PNP chiefs, Poe noted.

“We are optimistic that the new PNP Chief will not be the fourth Director-General to let this opportunity pass,” the senator added.

Poe also expressed confidence that the new PNP chief will be able to direct a quick resolution to any privacy and operational concerns on the use of body cameras in police operations.

“Bago ang PNP Chief. Bago rin ang Chief Justice [We have a new PNP chief and new chief justice]. So let the issue of body cams be the start of a good relationship between these two pillar institutions,” Poe said, referring to the assumption to office of Alexander Gesmundo as Supreme Court Chief Justice last April 5.

In March, it was announced that the Supreme Court will issue a rule requiring the use of body cameras for law enforcers serving search warrants.

But even without these rules, the PNP “on its own should have long adopted and embraced the benefits of body cameras,” according to the senator.

(If the private cars of our policemen-friends have dash cams, why not the official police patrol cars that they use?)

She then expressed high hopes that Eleazar will be able to push for the use of body cameras for police officers, noting that the PNP was able to easily buy police choppers from its 2017 budget allocation for new equipment.

“I’m sure the new chief is more than capable of providing these cameras for our police force in an effort to promote justice and transparency in the PNP,” she added.

Read Next
Leyte town vice mayor suspended as probe for 2017 action is carried out
EDITORS' PICK
Alex Eala wins Grand Slam on Independence Day: ‘I hope I made my contribution to the country’
Kai Sotto continues to inspire Filipinos by sharing his passions and stories with Smart Prepaid
Ahead of ONE: Full Blast II, Mongkolpetch warns Elias Mahmoudi: ‘Watch out for my fists’
G7 rivals China with grand infrastructure plan
PNP, PDEA destroy P25.8M worth of marijuana in Kalinga
Rare earth metals at the heart of China’s rivalry with US, Europe
MOST READ
Groups slam Duterte ‘surrender’ to China
Chel Diokno, Bro. Eddie, Ate Vi decline 1Sambayan 2022 poll nomination
1Sambayan names 6 choices to pit vs Duterte’s anointed in 2022
‘Asian hate’ strikes anew: PH diplomat verbally harassed in New York subway
Don't miss out on the latest news and information.