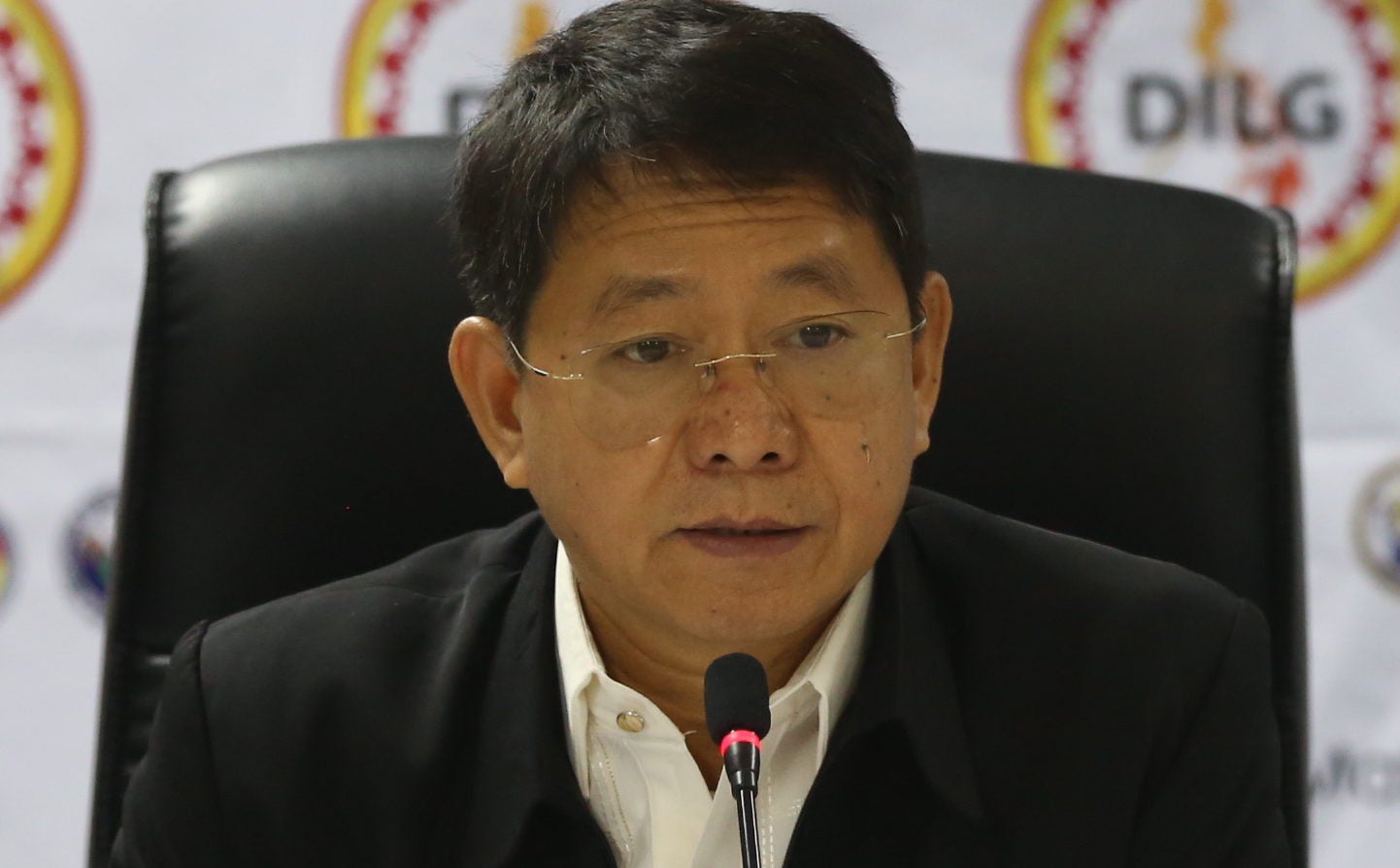 MANILA, Philippines – Interior Secretary Eduardo Año appealed to senators on Wednesday not to realign the budget of the Support to the Barangay Development Program (SBDP) as he assured the department will be transparent on the implementation of the funds.

The SBDP has a total budget of P16.44 billion which will be allocated to 822 remote and neglected barangays nationwide that have been cleared of communist influence since 2019.

“We, therefore, appeal to our senators not to deprive these barangays of government support and assistance now that they need us most,” he added.

Some senators previously called for the realignment of the budget of the National Task Force to End Local Communist Armed Conflict, which also included the funds of the SBDP.

Año said that under the SBDP, each cleared barangay will receive up to P20 million for the construction of various infrastructure projects, such as farm-to-market roads; school buildings; water and sanitation system; rural electrification; agricultural, livelihood, and technical vocational training; assistance to families; housing; COVID-19 vaccination and other health-related projects; and projects in connection with natural or human-induced calamities.

Under the P16.4 billion SBDP fund, Region XI (Davao Region) will get the biggest share at P4.3 billion, followed by Region XIII (Caraga) with P3.82 billion, Region X (Northern Mindanao) with P2.38 billion, Region VI (Western Visayas) with P1.48 billion, and Region XII (Soccsksargen) with P1.24 billion, according to the Department of the Interior and Local Government (DILG).

According to DILG spokesperson and Undersecretary Jonathan Malaya, the target barangays were cleared in a five-step process under the department’s Retooled Community Support Program before the SBDP would be implemented.

“After more than 50 years of insurgency problem, we are finally gaining traction in the whole-of-nation approach in ending local communist armed conflict through the efforts of our government forces and with the Barangay Development Program,” said Año.

(Let’s continue this so communist terrorists can never fool anyone again, and true peace and progress can be achieved in the 822 barangays that have been left in the outskirts of society.)