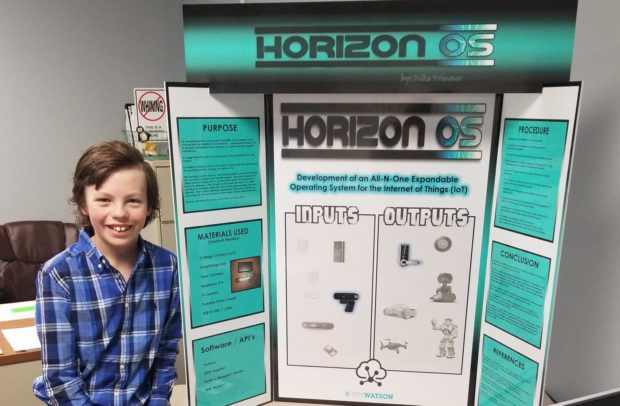 A 12-year-old boy from Salisbury, North Carolina is about to graduate both from high school and college this month, with a perfect grade point average.

Mike Wimmer will be attending his graduation from Rowan-Cabarrus Community College on May 21 and will finish high school at Concord Academy on May 28, NBC affiliate WCNC reported on April 21.

“I went through all of the grades in school at a faster pace,” he said in the interview. “I’m like a sponge, I take in knowledge very fast.”

He finished two years of high school and two years of his associate’s degree in one year, as per a report by Fox 5 on April 29. He is also a member of MENSA, the largest high-IQ group in the world.

After breezing through four years of schooling, he earned a perfect grade point average of 4.0 in college. He is also the valedictorian of his high school class.

He also told WCNC that while he does “exceptionally well in all subjects,” he is more drawn to science and technology. He became interested in computer programming at five years old and learned “a dozen languages.”

Wimmer is currently running the company Next Era Innovation with the help of his parents, according to his LinkedIn page. He is also the CEO and founder of the start-up company Reflect Social.

He said he hopes that his work in robotics will help people live better lives in the future. Dana Cruz/JB