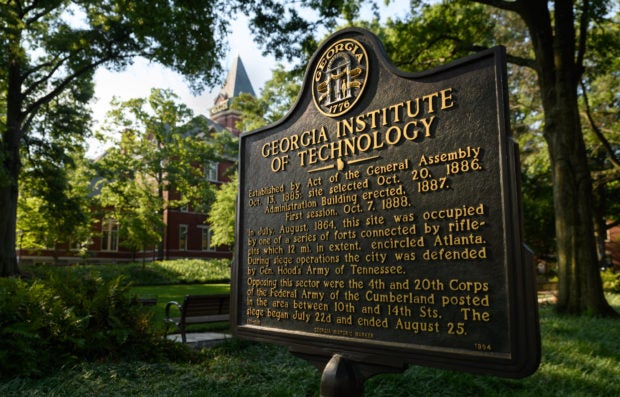 The 12-year-old prodigy who has been taking aerospace engineering has been recruited by the elite School of Aerospace Engineering at Georgia Institute of Technology in the United States.

Not only was Caleb Anderson too advanced compared with children his age, but he was also too brilliant that the prestigious engineering school sought him out, as per CBS News on Oct. 12.

Anderson has already been studying aerospace engineering for a year now at the Chattahoochee Technical College, also in Georgia, where he was originally set to finish the program in just two years.

Now, he will be continuing his studies at Georgia Tech and has already been given a tour of the school along with his family, according to the report.

Aside from viewing the school’s labs, Anderson has also personally met with the college’s president, Ángel Cabrera.

“He’s a perfect candidate to come into our program and be very successful,” professor Mark Costello, Georgia Tech’s School of Aerospace Engineering chairman, was quoted as saying.

Anderson has been showing signs of his genius since he was a baby. He was signing over 250 words at 9 months old and could speak and read by 11 months. He also qualified for MENSA at age 3 and can speak in four languages, namely English, Spanish, French and Mandarin.

Despite his undeniable genius, Anderson humbly stated in an interview with the news outlet that he was “not really smart.”

“I just grasp information quickly. So, if I learn quicker, then I get ahead faster,” he was quoted as saying.

Anderson, who breezed through elementary and high school, also admits that he is not like other kids.

After being asked by CBS News about what he thinks of his extraordinary life, Anderson simply said: “This is my life. This is how I am. And I’ve been living this way my whole life.”

Georgia Tech, aside from being ranked among the best US public schools, also boasts having all of its engineering programs included in the top five nationally, according to the U.S. News & World Report’s 2021 rankings. Ian Biong /ra