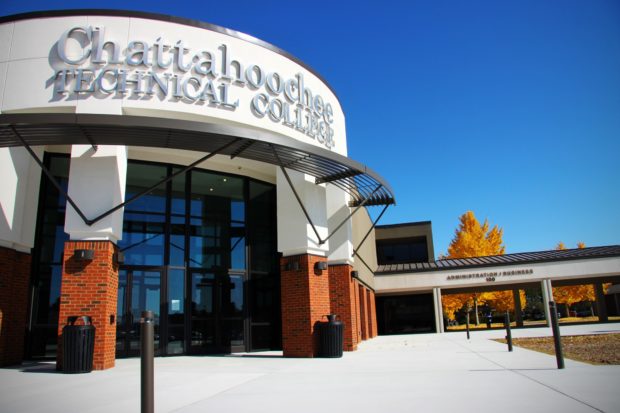 The facade of Chattahoochee Technical College, where Caleb Anderson, 12, is taking his sophomore year of college. Image: Facebook/@ChattTech

A preteen in the United States is starting his second year in college and is set to finish his aerospace engineering degree by the time he is 14 years old.

Caleb Anderson, 12, showed signs that he was gifted even before he turned a year old, his parents Claire and Kobi Anderson told WXIA-TV last Thursday, Sept. 24.

He was signing over 250 words at 9 months old and could speak and read by 11 months. He then qualified for MENSA at 3 and knows how to speak English, Spanish, French and Mandarin.

After breezing through elementary and high school, he told his mom that he was “bored” with school.

“‘It’s really not helping me grow in my learning, and I think I’m ready for college,’” he reasoned, as per report.

Caleb is enrolled at the Chattahoochee Technical College in Georgia and is on track to graduate in 2 years. He plans to continue his studies at Georgia Tech or the Massachusetts Institute of Technology.

Though his dad chaperones him to school, Kobi says he can no longer tutor his son who is studying subjects such as calculus 2.

The Andersons have two other kids, Aaron and Hannah, whom they say are also gifted, the report stated

Some of their advice in raising gifted kids is to “raise the child you have, not the child you want” and “focus on creating a love for learning, not just the learning itself.” Niña V. Guno/JB