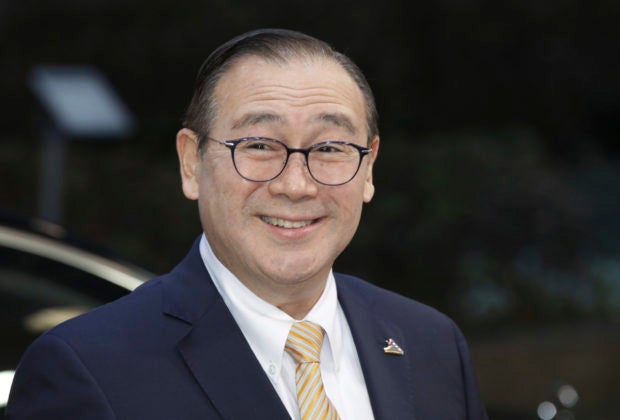 “In an era when diplomacy is practiced by those who ‘speak softly and carry a selfie stick,’ it pays to have a foreign affairs secretary who is brave and brilliant because it will allow our country to punch above its weight,” Recto said in a statement.

“While we may not have missiles to launch, we possess something more potent – Locsin missives, against which no shield has been proven effective… He can make the enemy lose face before the entire world without us losing a single man,” he added.

Recto said those who are telling Locsin to express himself in a diplomatic way “are missing the point.”

“This is the knight of the King’s English,” he stressed.

In a tweet on Monday, Locsin told China to “get the f*ck out” of Philippine waters, and went so far as liken it to “an ugly oaf forcing your attentions on a handsome guy who wants to be a friend.”

China, my friend, how politely can I put it? Let me see… O…GET THE FUCK OUT. What are you doing to our friendship? You. Not us. We’re trying. You. You’re like an ugly oaf forcing your attentions on a handsome guy who wants to be a friend; not to father a Chinese province … https://t.co/KTv1TOQvN7

But  in his weekly address to the nation, President Rodrigo Duterte said the country does not “have to be rude and disrespectful” to China despite the maritime dispute between the two, saying that Beijing is “our benefactor.”

Recto, on the other hand, lauded the secretary for the statement, saying “he is the diplomat ‘who can tell you to go to hell in such an elegant way that you’ll look forward with pleasure to making the trip,'” he said.

“(S)uch a tactful way has not worked with a nation who has brazenly violated our sovereignty. So it is time to convey our dismay in a language they can understand,” the senator said. “And we have that message delivered by our best weapon in a shouting war. Mabuhay po kayo Secretary Locsin!”

Locsin’s tweet reached international news, as the West Philippine Sea dispute between the country and China continues to deepen.

Meanwhile, Malacañang on Tuesday distanced itself from the secretary’s statement, saying it is not part of Philippine policy and that Locsin has already apologized to the Chinese ambassador for the expletive-laced statement.