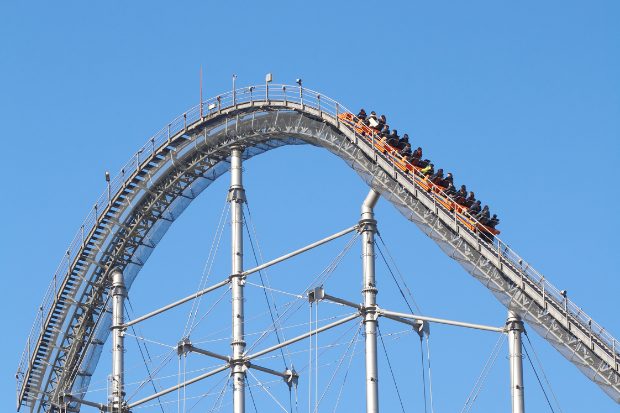 Theme park visitors in England surely got some unexpected thrill when the roller coaster they were riding got stuck, leaving them to walk hundreds of feet back to the ground.

The tourists got stuck at the summit of Blackpool Pleasure Beach’s The Big One, which is the tallest roller coaster in the United Kingdom. Park staff were forced to go up the roller coaster themselves and guide visitors to safety by making them walk down the ride, as per Lancashire Telegraph on April 25.

The incident was also captured by some park visitors who commended the staff for their response to the accident.

“Oh my God, Big One stopped right at [the] top today 12-ish and the staff had to walk everyone down safely. Well done. Think I would have been really scared,” park-goer Margaret Summers said in a public Facebook group on the same day.

She also showed a video of people going down from the ride as she captured the incident from the ground. The roller coaster was sent around its track a few times after the passengers were off the ride, Summers added.

A woman who got stuck on the ride (@geo_connor) also showed a series of videos about the incident on her TikTok page.

In one of the videos, the ride’s “200 ft” sign can be seen beside her while another video shows her going down a steel staircase from the roller coaster’s summit.

The Big One was considered to be the world’s tallest coaster at 65 meters when it opened in 1994, until a new record was set by Japan’s Fujiyama coaster which is 71 meters tall. JB

Two students on their way to prom die from car crash