‘I will fight them in court’: Defensor says if FDA stops ivermectin distribution 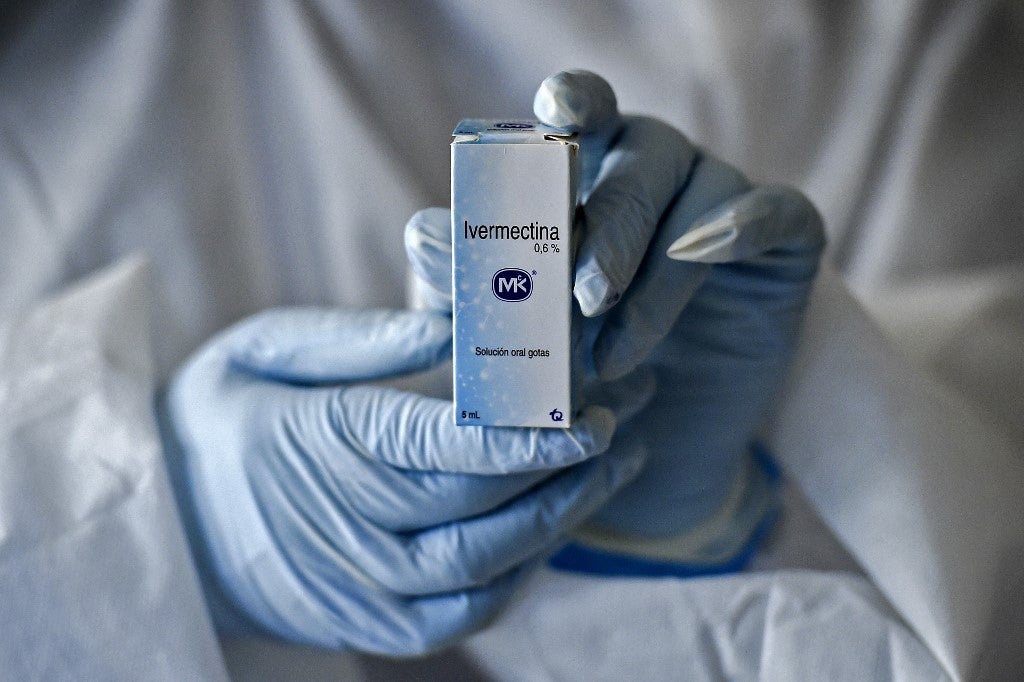 A health worker shows a box containing a bottle of Ivermectin, a medicine authorized by the National Institute for Food and Drug Surveillance (INVIMA) to treat patients with mild, asymptomatic or suspicious COVID-19, as part of a study of the Center for Paediatric Infectious Diseases Studies, in Cali, Colombia, on July 21, 2020. (Photo by Luis ROBAYO / AFP)

MANILA, Philippines — Anakalusugan Partylist Rep. Mike Defensor said Wednesday he will “fight” the Food and Drug Administration (FDA) in court should they stop his distribution of the antiparasitic drug ivermectin in Quezon City.

Defensor insisted that his planned distribution of ivermectin, together with House Deputy Speaker Rodante Marcoleta, is legally compliant.

According to Defensor, they will distribute forms to those who want to receive ivermectin. These forms will then be given to doctors for their prescription and then sent to the licensed compounding laboratory.

Defensor said that it was the FDA itself that said that licensed compounding pharmacies and laboratories are allowed to compound ivermectin as long as there is a doctor’s prescription for a specific patient or user.

(On two occasions during the hearings, they have said that this process is allowed. If they will stop this again and those who need it will not be given the drug, I will fight them in court.)

Asked about the legality of  Defensor and Marcoleta’s ivermectin distribution, FDA Director-General Eric Domingo said Tuesday: “As long as they have doctors who will check the patients and prescribe medicines that will be dispensed properly.”

However, on Wednesday, DOH Undersecretary Ma. Rosario Vergeire said that only hospitals with compassionate special permits (CSP) can prescribe the drugs to humans since there is no registered ivermectin drug for human use in the country.

Defensor and Marcoleta are set to launch the event “Ivermectin Pan-three” in Old Balara in Quezon City wherein each beneficiary will get a minimum of three capsules or tablets of the drug free of charge.

Read Next
Drilon urges Duterte to certify passage of red-tagging bill as urgent
EDITORS' PICK
Kai Sotto continues to inspire Filipinos by sharing his passions and stories with Smart Prepaid
1Sambayan to nominees: Stick to word of honor
Alex Eala wins Grand Slam on Independence Day: ‘I hope I made my contribution to the country’
Ahead of ONE: Full Blast II, Mongkolpetch warns Elias Mahmoudi: ‘Watch out for my fists’
Trust Robredo’s political instincts – Kaya Natin! convener
EDITORIAL: Good news, bad news
MOST READ
1Sambayan to nominees: Stick to word of honor
China cautions G7: ‘small’ groups don’t rule the world
Leni vs. Sara
PH to have cloudy, rainy Monday — Pagasa
Don't miss out on the latest news and information.