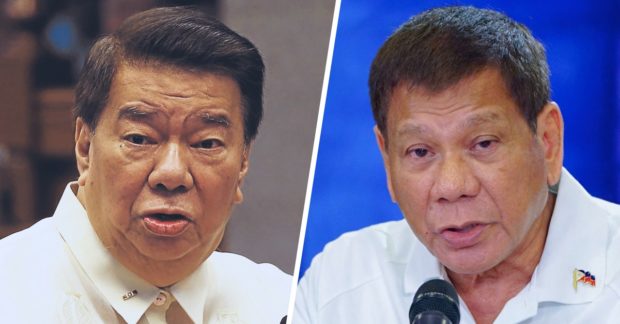 Drilon said the approval  of Senate Bill No. 2121, which he filed in March, becomes “imperative” following Justice Secretary Menardo Guevarra’s reported statement that red-tagging is not a criminal offense yet under the present laws.

“With the opinion of the Secretary of Justice, we urge President Duterte to certify as urgent the passage of Senate Bill 2121 which we filed to punish red-tagging by state agents,” he said in a text message to reporters when sought for comment.

Guevarra reportedly threw his support behind moves to criminalize red-tagging  as this would  “help reduce the problem of reckless endangerment [of state forces].”

“If Congress is minded to criminalize red-tagging, it should enact the appropriate legislation,” the DOJ chief was quoted as saying.

Drilon lauded the DOJ chief’s backing of such measure.

“The opinion of the Secretary of Justice that there is a gap in the law, i.e., that red-tagging is presently not a criminal offense under our laws, makes the passage of SB 2121 which we filed imperative,” the minority leader also said.

If enacted  into law, a person found guilty  of red-tagging  would be imprisoned  for 10 years and would be disqualified  from holding public office.