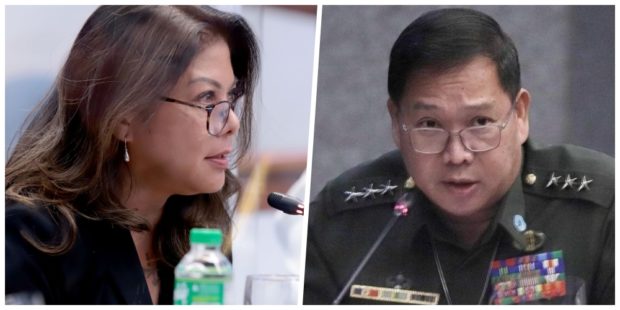 MANILA, Philippines — Malacañang on Monday said it supports the gag order on the country’s counter-insurgency task force’s spokespersons, reminding all public officials to be more circumspect in their public statements.

(We are asking officials to be more careful with their public statements. They have to have a wider point of view.)

The gag order came after Badoy and Parlade “red-tagged” Ana Patricia Non, the woman behind the Maginhawa Community Pantry, as well as other organizers of community pantries.

READ: Gag order aims to stress that Parlade, Badoy not against ‘bayanihan’ – Esperon

They accused Non and other community pantry organizers of being members of purported legal front-organizations of the communist movement, and that their community pantries were being used for propaganda.

Such remarks have prompted several lawmakers to call for the defunding of the task force.