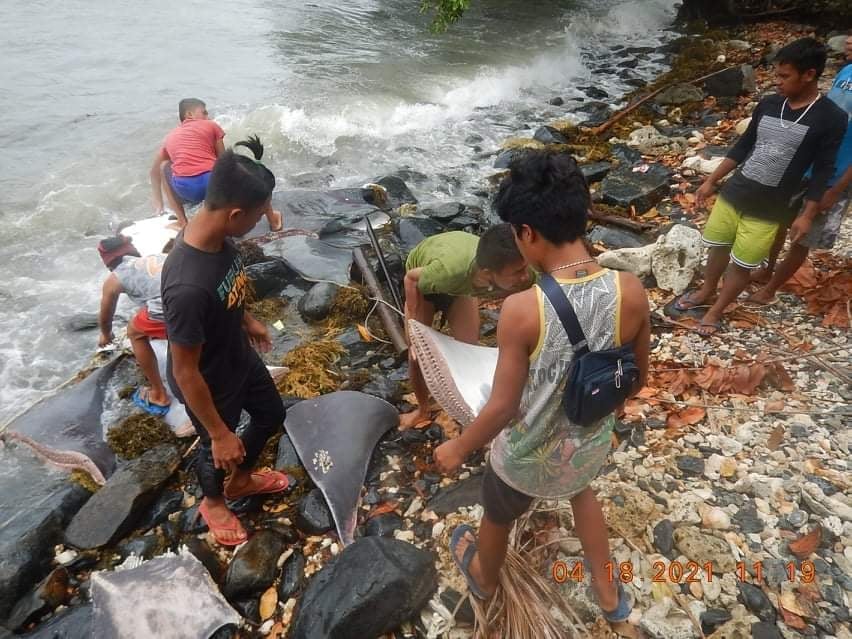 MANILA, Philippines — Over 300 kilograms of manta ray meat were seized from the crew of two commercial fishing vessels off Labason, Zamboanga del Norte.

The Bureau of Fisheries and Aquatic Resources (BFAR) in the Zamboanga Peninsula said its Fisheries Protection and Law Enforcement Group Team-Zamboanga Del Norte and personnel from the Philippine National Police-Maritime Group and Municipal Agriculturist Office of Labason conducted simultaneous seaborne operations in the municipal waters of Labason on April 18. 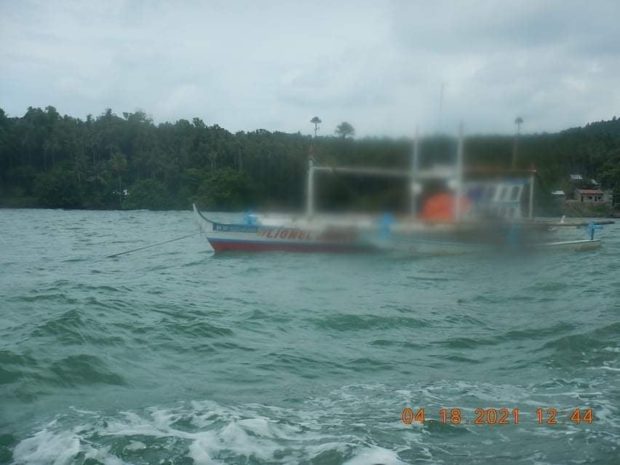 Crewmen of the two vessels, the BFAR said, were caught in the act of slaughtering manta rays. 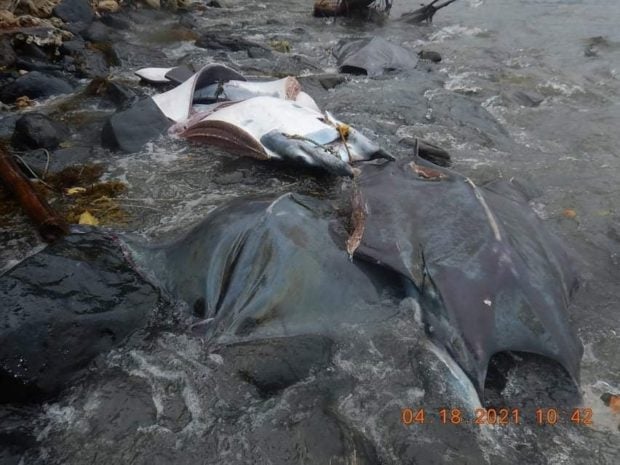 The BFAR added that members of the team witnessed some crewmen dumping manta ray meat overboard to conceal their crime.

Around 315 kilograms of manta ray meat from the two boats were seized.

“As listed in the Convention on the International Trade in Endangered Species of Wild Flora and Fauna (CITES), Appendix II, Manta rays (Mobula sp.) are identified as belonging to a group of species associated with significant unregulated, unsustainable fishing pressures and severe population depletion,” said BFAR. 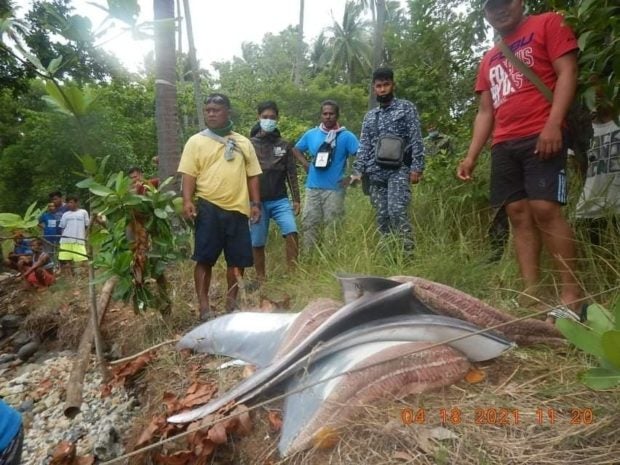 The boat captains and owners were issued a Notice of Violation for violating Section 102 or the Fishing or Taking of Rare, Threatened or Endangered Species of the Republic Act 8550 or the Philippine Fisheries Code of 1998 as amended by RA 10654, according to the agency.

Meanwhile, the slaughtered endangered aquatic species were turned over to BJMP (Bureau of Jail Management and Penology)-Liloy District Jail for disposition. 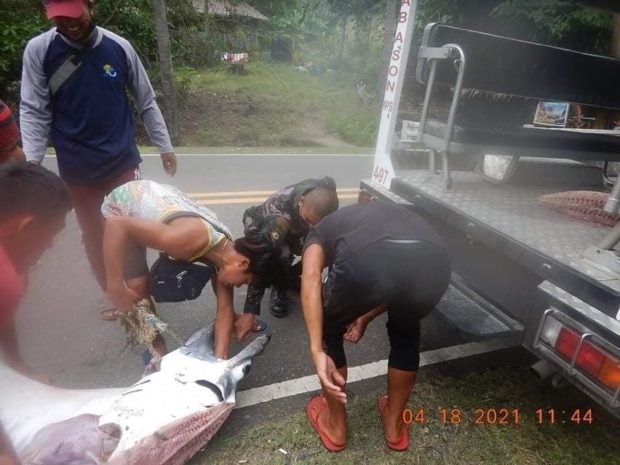 The BFAR-Zamboanga Peninsula warned that it is unlawful to fish, catch, sell, purchase, possess, transport or export aquatic species listed in the Appendix II of the CITES.

It added that offenders may be fined of P300,000 to P3 million and face jail time of from five to eight years.