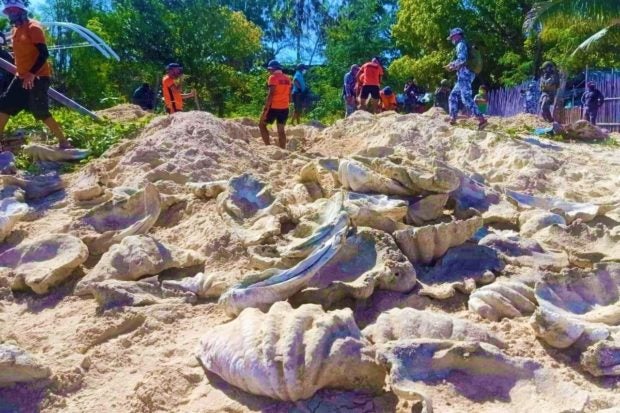 MANILA, Philippines — Philippine authorities have seized illegally harvested giant clam shells worth $3.3 million as smugglers turn to the endangered creatures as a substitute for the illicit ivory trade.

In one of the biggest operations of its kind in the country, 80 tons of the tropical species were discovered in a village on a remote island in the western archipelago of Palawan, officials said Friday.

The Philippines is home to most of the world’s giant tropical clam species, which are considered threatened in the country as poaching surges.

Conservationists say their shells are used as an alternative material for products ranging from earrings to chandeliers as ivory becomes scarce amid a global crackdown on the illegal trade in elephant tusks.

Marine troops, the coastguard and local conservation officials raided local homes on Johnson Island on Wednesday, unearthing more than 300 clam shells with a value of around $3.3 million on the black market.

Among them was the Tridacna gigas, the world’s largest clam, which can grow a shell up to 1.4 meters (4.6 feet) long. 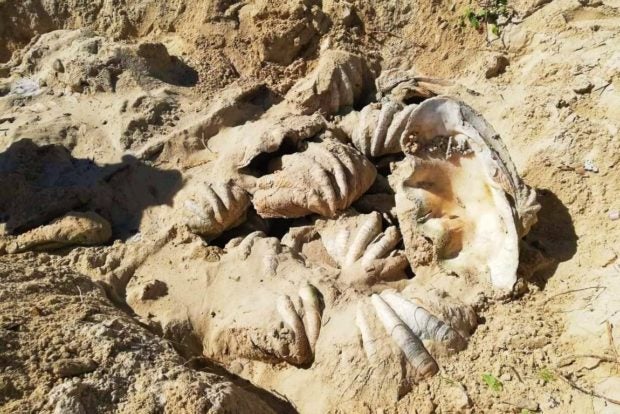 The International Union for Conservation of Nature considers Tridacna gigas a “vulnerable” species.

The island’s village chief will be charged with poaching for supervising the illegal collection, said Jovic Fabello, spokesman for the Palawan government’s conservation council.

“This has been our biggest haul so far,” he said.

It likely took the locals between six months and a year to amass the 80-tonne pile, a coastguard spokeswoman told AFP.

Palawan is considered the last frontier of the Philippines’ rich biodiversity, but is also a hotspot for the illegal wildlife trade, with pangolins, marine turtles and wild birds poached and sold illicitly.

The country’s fisheries code bans the collection of giant clams that are considered endangered, with prison terms for offenders of up to eight years and fines of up to three million pesos ($61,000).

Giant clams are important ecological components of coral reefs, which are nurseries for many fish species consumed by humans.