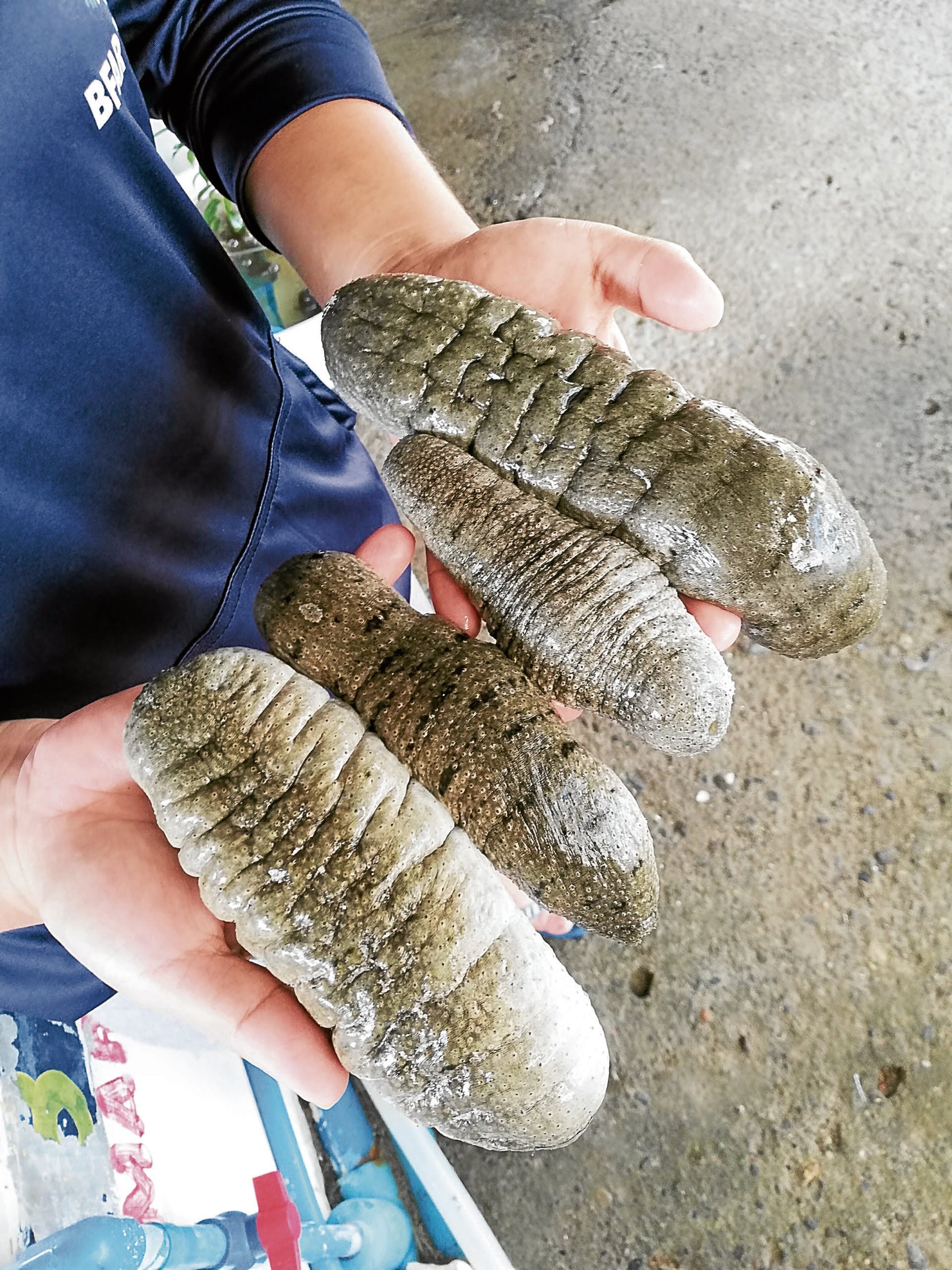 LAB GROWN Sea cucumbers are bred in a Bureau of Fisheries and Aquatic Resources center in Alaminos City. —CONTRIBUTED PHOTO

SAN FERNANDO CITY — Starting Aug. 28, catching and trading of three species of sea cucumber will be prohibited, the Bureau of Fisheries and Aquatic Resources (BFAR) said on Wednesday.

Teatfish are slow-moving, benthic species living on tropical reefs, according to the Food and Agriculture Organization.

BFAR Director Eduardo Gongona said the three species were included in the Convention on International Trade in Endangered Species of Wild Fauna and Flora (Cites).

As an international agreement between governments, Cites aims to ensure that international trade in specimens of wild animals and plants does not threaten their survival, according to its website.

Cites lists species that are not necessarily threatened with extinction but may become so unless trade is closely controlled.

Gongona asked the BFAR regional directors to issue warnings against trading and exporting both live and dried forms of the three sea cucumber species.

He said the ban would include fishing, taking, catching, gathering, selling, purchasing, processing, transporting, exporting, forwarding or shipping out.

The BFAR’s regional mariculture technodemo center in Alaminos City is currently breeding and getting stocks of Holothuria scabra sea cucumber species from Anda and Bolinao towns in Pangasinan province and from Zambales province.

A kilo of dried sea cucumber can fetch between P3,000 and P8,000, depending on the quality of drying and the species, Galilling said.

Most countries in East and Southeast Asia consider sea cucumber as a delicacy. “It is also used for medicine as it is said to be antiarthritis, antifungal, antibacterial, antioxidant and antiaging because it is rich in collagen,” Galilling said.—YOLANDA SOTELO