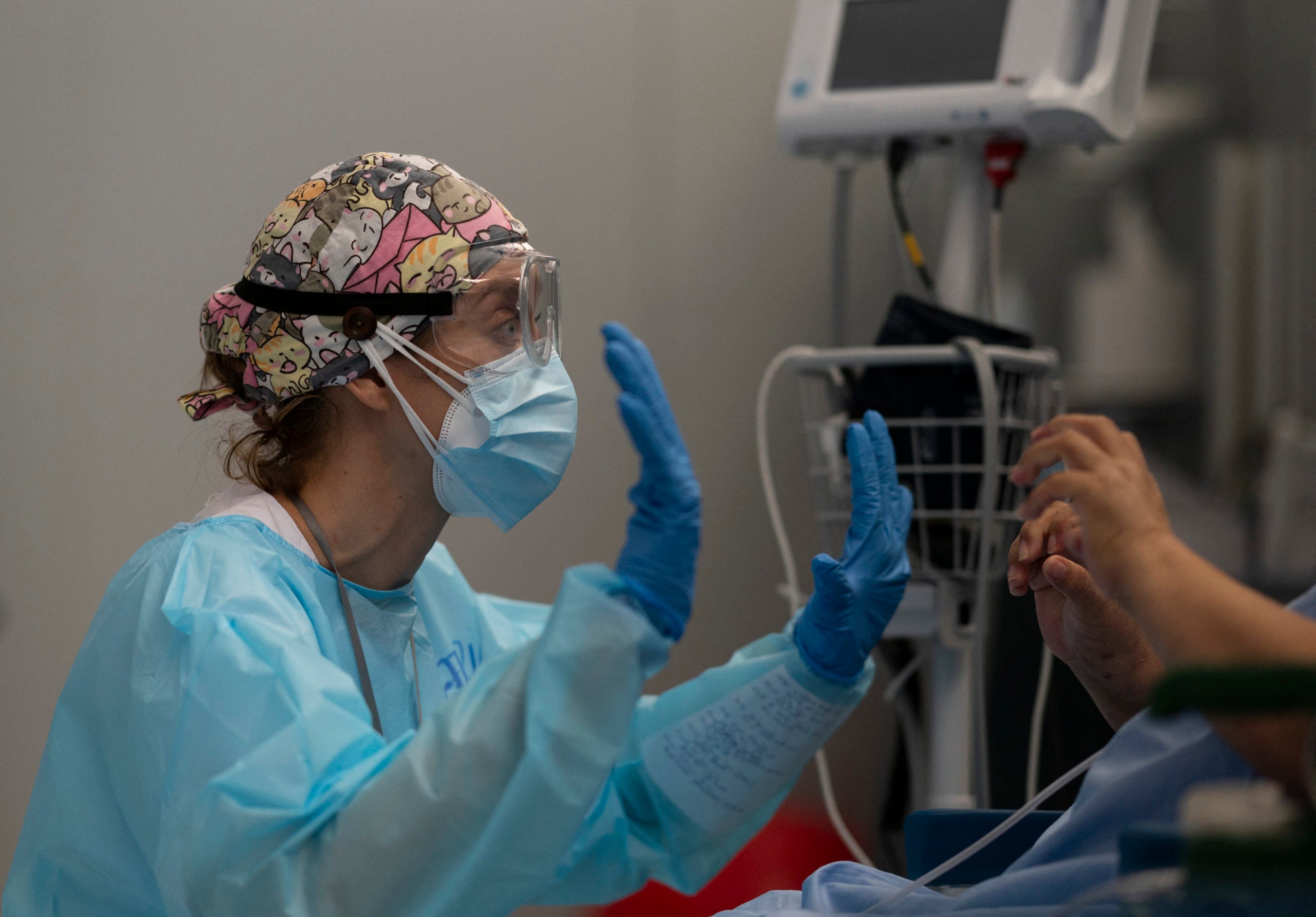 A physiotherapist works out with a COVID-19 patient during a physiotherapy session at the Isabel Zendal Hospital in Madrid on April 19, 2021. (Photo by PIERRE-PHILIPPE MARCOU / AFP)

MADRID — A Mallorca man who infected 22 people with COVID-19 has been arrested on suspicion of assault for going to work and the gym despite signs he had the virus, police said Saturday.

Police on the Spanish island began investigating at the end of January after an outbreak in the town of Manacor, following reports an employee had “become infected but hidden his illness,” a statement said.

Days before the outbreak was detected, he began to show symptoms causing his colleagues concern but did not want to go home.

At the end of the day, he went for a PCR test but didn’t wait for the result, returning the next day to his job and also attending his local gym.

At work, both the manager and staff insisted he go home because he could be infecting everyone, later telling police he had a temperature “of over 40 degrees Celsius” — more than 104 degrees Fahrenheit.

But he ignored them and spent the day walking around his workplace, deliberately lowering his mask when he coughed and taunting them by saying: “I’m going to infect you all with coronavirus,” police said.

When his PCR result came through at the end of the day, it was positive, causing alarm among his colleagues who were also tested.

Five of them also tested positive, and they, in turn, infected several of their family members, including three one-year-old babies.

At the gym, three people who had been in direct contact with him were also infected and passed on the virus to family members.

Police said his actions resulted in a total of 22 infections, although none required hospital treatment, with the man arrested on suspicion of assault.

Read Next
Indonesia military says missing submarine sank with dozens aboard
EDITORS' PICK
PH logs 7,302 new COVID-19 cases — DOH
Taguig exceeds daily COVID-19 vaccination target of 6,800 individuals for 3 days
Robredo urges supporters: Don’t think we’re the only ones who are good
Alex Eala wins Grand Slam on Independence Day: ‘I hope I made my contribution to the country’
Ahead of ONE: Full Blast II, Mongkolpetch warns Elias Mahmoudi: ‘Watch out for my fists’
Kai Sotto continues to inspire Filipinos by sharing his passions and stories with Smart Prepaid
MOST READ
China cautions G7: ‘small’ groups don’t rule the world
Leni vs. Sara
PH to have cloudy, rainy Monday — Pagasa
1Sambayan to nominees: Stick to word of honor
Don't miss out on the latest news and information.