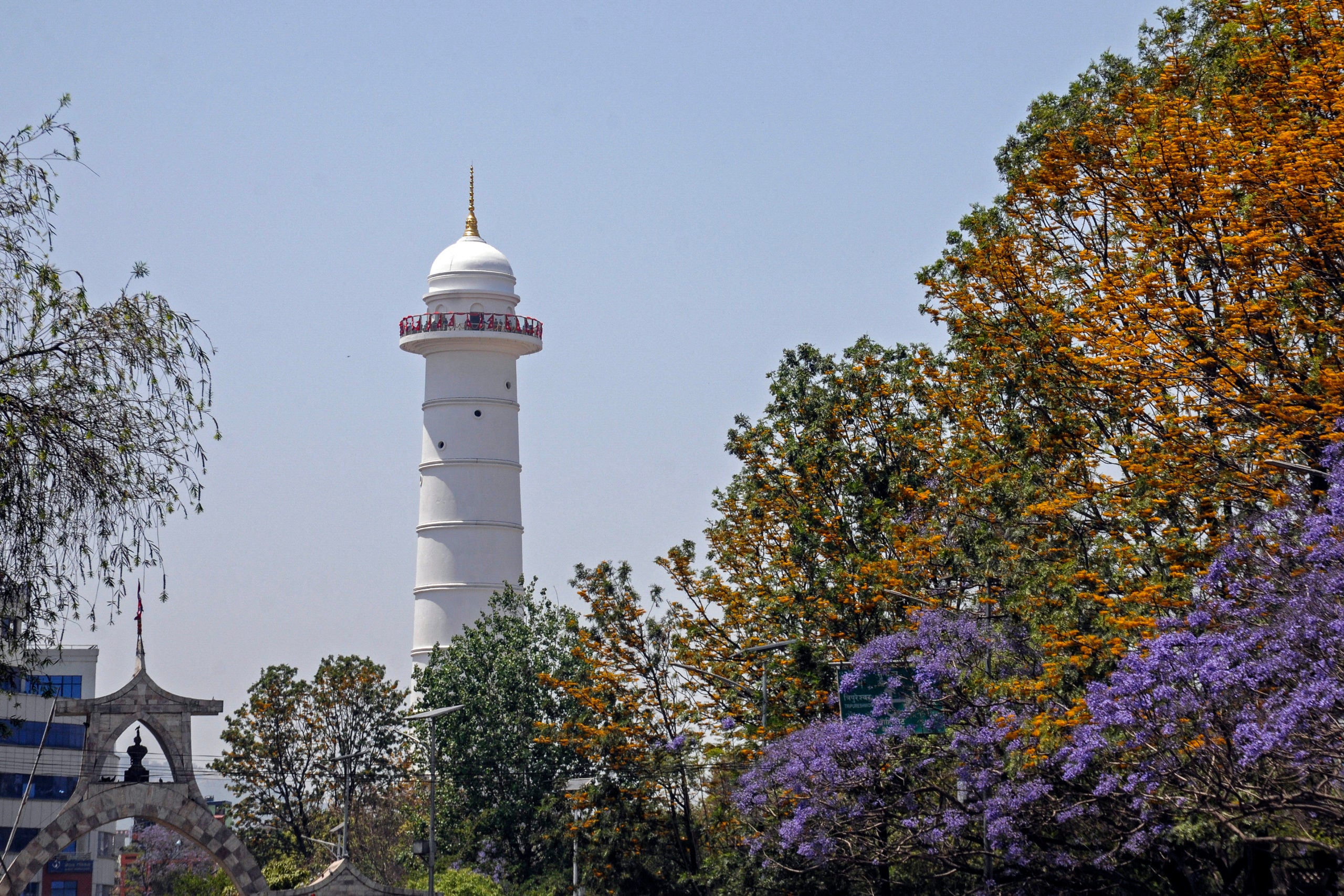 The new 23-story, 84-meter (276-foot) white tower, built next to the rubble of the 19th-century historic Dharahara tower that collapsed in a devastating 2015 earthquake, is pictured during its inauguration ceremony in Kathmandu on April 24, 2021. (Photo by Bikash KARKI / AFP)

KATHMANDU, Nepal — Nepal on Saturday inaugurated a replica of a historic tower that collapsed in a devastating 2015 earthquake, a day before the disaster’s sixth anniversary.

The 19th-century, nine-story Dharahara tower, a major tourist attraction, was among buildings that crumbled in the 7.8-magnitude quake that killed nearly 9,000 people.

Prime Minister K.P. Sharma Oli inaugurated the new 23-story, 84-metre (276-foot) white tower, built next to the rubble of the original, by raining flowers from the top-floor balcony.

“Dharahara is linked to our feelings, pride, past, and history,” the prime minister said.

Two underground floors have also been built, to hold a museum about the quake.

The tower had already been rebuilt once, after a 1934 earthquake.

The new tower is part of a huge national reconstruction program.

The rebuilding has been hit by political infighting and bureaucracy and many buildings, including health and government institutions and schools, are unfinished.

The National Reconstruction Authority (NRA), the government body overseeing rebuilding, says however that 93 percent of private houses have been rebuilt.

Some 493 out of 920 quake-damaged cultural heritage sites have also been rebuilt, while 288 of them are under construction, according to government records.