Rescue team tries to save stranded whale in La Union 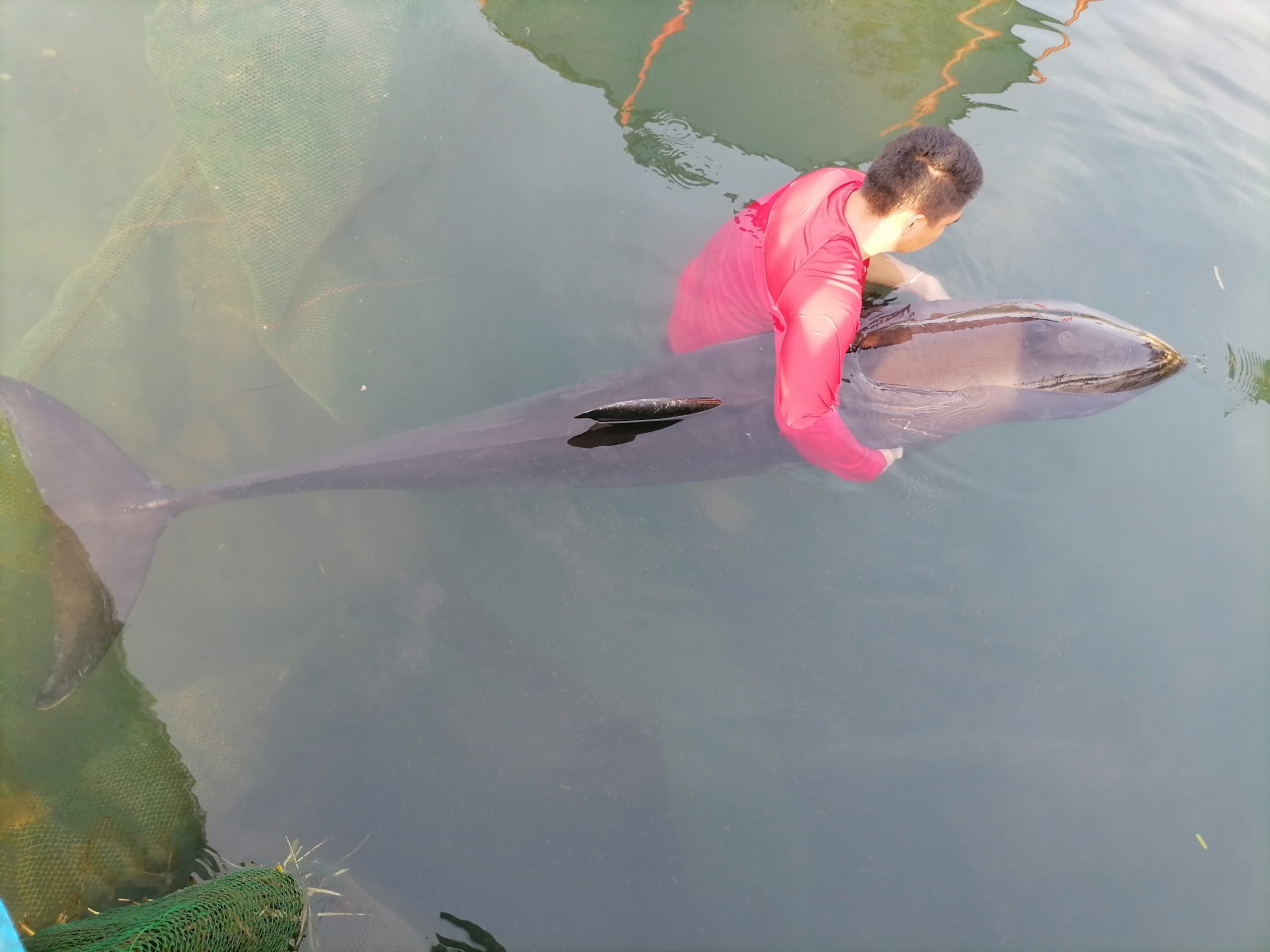 This melon-headed whale is being held up on its belly while undergoing rehabilitation at a facility in Sungyot Island, Sto. Tomas town, La Union province. The marine mammal was found stranded in a beach area in Agoo town, also in La Union on April 16. (Photo courtesy of Hasmin Chogsayan)

DAGUPAN CITY –A marine stranding team from the Bureau of Fisheries and Aquatic Resources in the Ilocos region is running against time to save the life of a stranded melon-headed whale.

The adult marine mammal was placed in a makeshift pen covered by a tent off Sungyot Island in Sto. Tomas, La Union.

“We are giving it all the necessary care and treatment,” Hasmin Chogsayan, BFAR I veterinarian, told the Inquirer

The melon-headed whale (Peponocephala electra) was stranded at the beach of Agoo town on the morning of April 16. It was released back to the sea but returned to nearby Aringay town at 5 p.m. that day.

It was brought to Sungyot Island for treatment and rehabilitation where it was given water and medicine through gastric intubation.

“But for its meal this afternoon, we will give it blended fish, still through intubation,” Chongsayan said.

Staffers from the agency took turns in holding the whale on its belly as it has partly lost its balance and could drown if not held up.

Chongsayan said sea mammals can lose their balance because of trauma, but the marine stranding team is still determining what may have caused the trauma on the stranded whale.

The melon-headed whale is 96 inches long and weighs around 220 kilos. INQ