PCG rescues 2 fishermen in Cebu after motorbanca fills with water 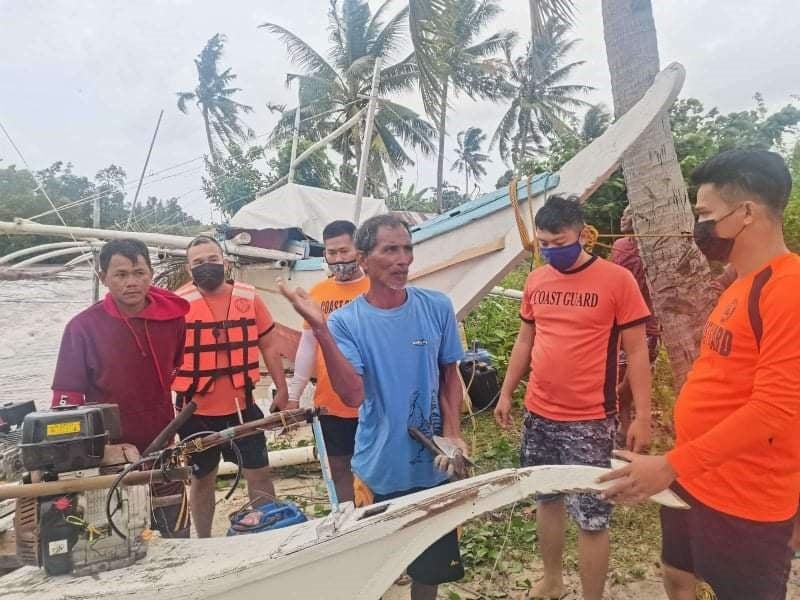 Personnel of the Philippine Coast Guard rescue two fishermen whose motorbanca was filled with water off San Remigio town in northern Cebu on Sunday noon. (Photo courtesy of PCG-7)

Redemptor Cueva, 54; and Archie Mamposte, 25, both residents of Bantayan Island, Cebu tried to cross San Remigio in mainland Cebu to Bantayan Island on Sunday noon even though the Philippine Coast Guard (PCG) in Central Visayas already issued a warning to avoid sea travel due to bad weather brought by Typhoon Bising.

“While they were 200 meters away from the shoreline, they encountered strong current and big waves due to unfavorable weather conditions which caused them to half submerge,” the PCG report read.

Signal number 1 was also hoisted in the towns of Santa Fe, Madridejos, and Bantayan on the island of Bantayan.

The Camotes Island group is also under Signal number 1 which includes the towns of San Francisco, Poro, Tudela, and Pilar.

Most areas in Cebu did not have rains today but were experiencing on-and-off strong gusts of winds throughout the day. Huge waves were also observed along the shores of northern Cebu.