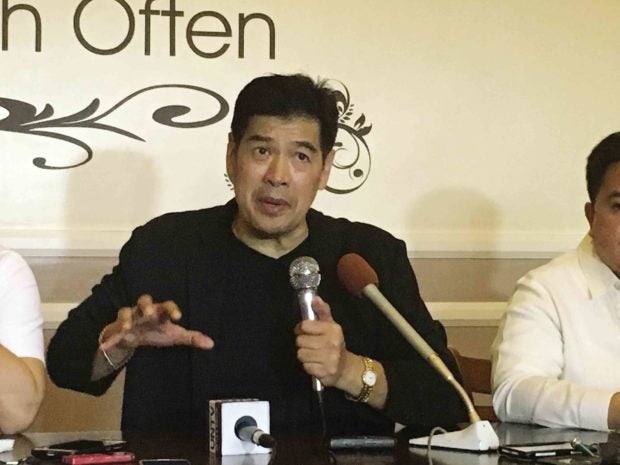 MANILA, Philippines — The Department of the Interior Local Government (DILG) on Thursday warned local officials that they can be penalized and removed from post if found manipulating the social amelioration program (SAP).

According to Undersecretary for Barangay Affairs Martin Diño, in an interview with ABS-CBN’s Teleradyo, DILG is actively searching for officials involved in SAP irregularities.

(Every day we have people being suspended and fired, and every day we file a case. Today I have 500 pending cases against barangay officials.)

This is aside from the 89 barangay officials who were suspended last year over SAP irregularities.

Diño said that his office receives complaints daily about barangay officials prioritizing their families and allies in getting SAP assistance, even when they are not qualified in the list of recipients.

(Captain, councilor, once we prove this [anomaly], start packing your stuff, because all I need is an affidavit.)

“Pagkatapos ‘pag nakita ko yung payroll, na hindi naman pala qualified ay ni-recommend niyo at in-approve niyo. (Then when I check the payroll and see that you recommended and approved someone who’s not qualified), you can say goodbye to your position,” he added.

(Not only on social amelioration we will file a case, but also [violations] of social distancing.)

Diño said irregularities can be reported to the CIDG, DILG’s barangay offices, or straight to Usec. Diño’s office.

(These barangay officials will be in deep trouble. Many have already called and reported to me. Your names have been submitted to our legal department. Once we verify it, we’ll sue you.)

However, despite the number of cases and complaints, Diño urged local government units to maximize barangay staff to speed up the process of distributing aid in Metro Manila.

According to Diño each barangay has personnel that can be maximized in the distribution of aid.

This can even allow barangays to deliver the SAP aid house-to-house, instead of making recipients gather and fall in line in one area.

(If the distribution system stays like this, instead of the aid distribution being able to help, it will cause more danger.)

Diño said that if barangay officers are maximized, distribution can be finished in just three days.

He warned that if the current system continues, distribution won’t be able to finish distribution in 15 days, which is the DILG’s requirement in the distribution of cash assistance.

With Metro Manila and four nearby provinces placed under the enhanced community quarantine (ECQ), the government will be providing a P1,000-worth of aid per person but not more than P4,000 for each household with a family of four and up.

It would be up to the LGU if they would distribute the aid in cash or in-kind.