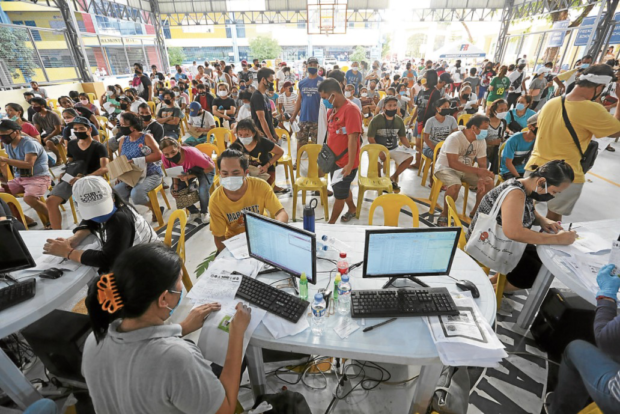 MANILA, Philippines — Eighty-nine barangay captain  were slapped with a six-month preventive suspension over anomalies in the implementation of the first tranche of the Social Amelioration Program (SAP), the Department of the Interior and Local Government (DILG) said Saturday.

In a statement, DILG Secretary Eduardo Año said the Office of the Ombudsman issued the preventive suspension order.

Año then directed municipal and city mayors to implement the order upon receipt. Likewise, he also directed DILG regional and field officers to ensure the implementation of the suspension orders.

According to the Office of the Ombudsman’s  order dated Sept. 2, “the evidence on record shows that the guilt of these punong barangays is strong and the charges against them involve Serious Dishonesty, Grave Misconduct, Abuse of Authority and Conduct Prejudicial to the Best Interest of the Service which may warrant removal from the service.”

The DILG said that the Ilocos region, Cagayan Valley and Metro Manila have the most number of suspended barangay captains.

DILG Undersecretary and spokesman Jonathan Malaya, meanwhile, said that the suspension of the 89 barangay chairpersons is “the first such mass suspension in the history of the country.”

Malaya added that the Philippine National Police-Criminal and Investigation Detection Group has also filed criminal cases against 447 individuals for violating Republic Act (RA) 3019 (Anti-Graft and Corrupt Practices Act), RA 11469 (Bayanihan Act I), and RA 6713 (Code of Conduct of Government Officials and Employees) in relation to the implementation of SAP.

Of the 447 individuals, 227  are elected officials, 104 are appointed barangay officials and 132 are civilian co-conspirators.

These cases are being handled by the different city and provincial prosecutors across the country, Malaya added.

The national government launched its cash subsidy program for low-income families after several parts of the country were placed under lockdown due to the coronavirus disease 2019 (COVID-19) pandemic.

Under the SAP, each beneficiary receives from P5,000 to P8,000 cash subsidy for two tranches based on the prevailing minimum wage rates in their respective regions.