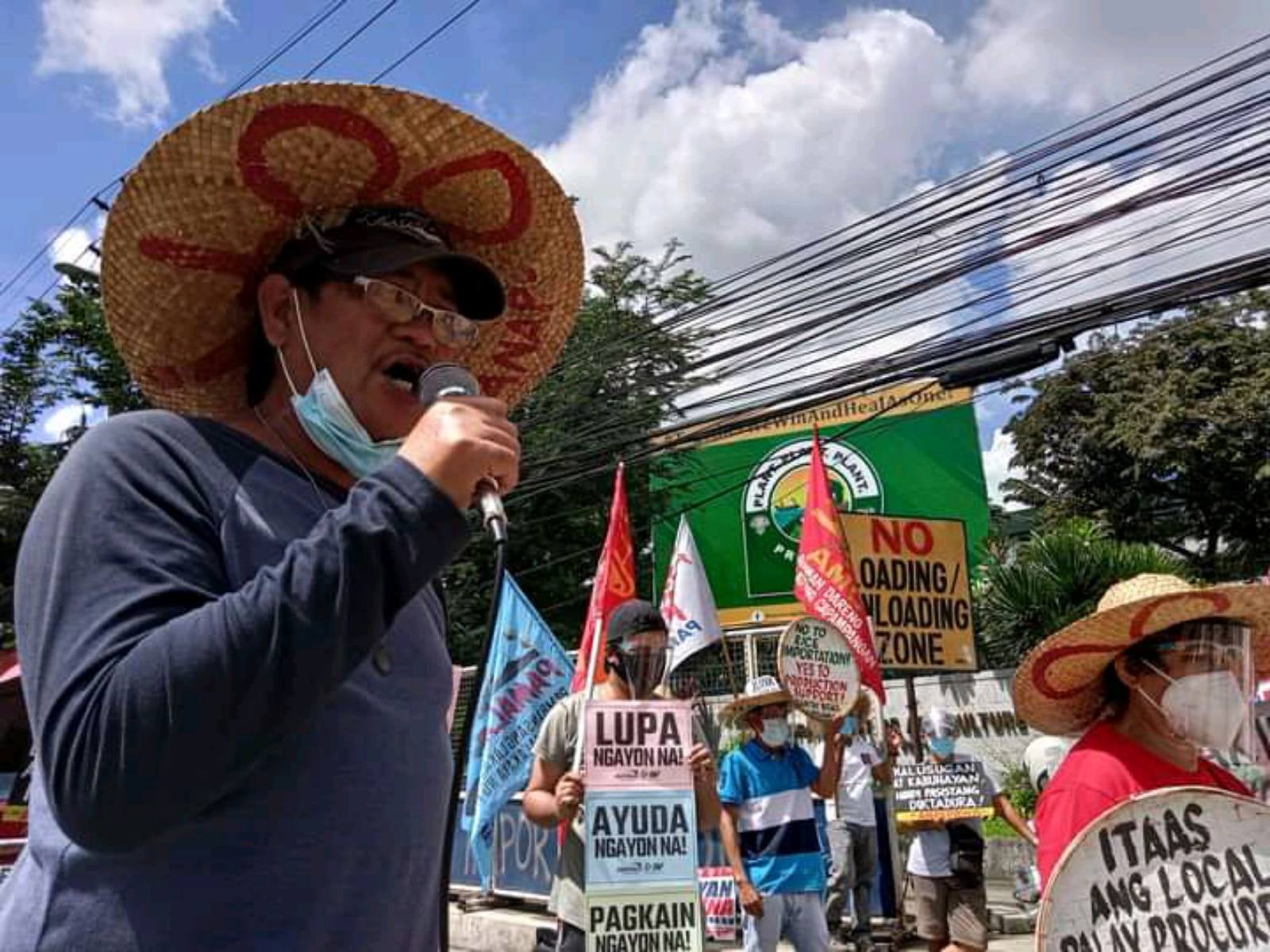 MANILA, Philippines — The vice-chairman of the farmers’ organization Kilusang Magbubukid ng Pilipinas (KMP) and another activist were arrested in separate police operations in Pampanga and Tarlac on Tuesday.

According to the KMP, its national vice-chairman and Alyansa ng Magbubukid sa Gitnang Luzon (AMGL) Joseph Canlas was arrested during an operation by operatives of the Philippine National Police-Criminal and Investigation Detection Group (PNP-CIDG) at a nearby community in Mexico, Pampanga at 8:30 a.m. of Tuesday.

Hours before his arrest, the KMP added that the PNP-CIDG stormed the office of the AMLG in Sapang Maisac, Mexico Pampanga.

The KMP also reported that around the same time of Canlas’ arrest, Bagong Alyansang Makabayan (Bayan)-Central Luzon and Workers Alliance of Region III (WAR-3) leader Pol Viuya was arrested at a private residence in Bamban, Tarlac.

Both leaders have been red-tagged by the controversial National Task Force to End Local Communist Armed Conflict (NTF-Elcac), the KMP said.

Canlas’ arrest resulted from a warrant of arrest for malicious mischief and a search warrant for violating Republic Act No. 10591, also known as the “Comprehensive Firearms and Ammunition Regulation Act,” according to a police report.

Meanwhile, according to a separate police report, Viuya was arrested in response to a search warrant released on March 29, 2021 by Hon. Jeovannie C Ordoo, presiding judge of Regional Trial Court Branch 109 of Capas, Tarlac.

This came just weeks after police conducted simultaneous raids on political activists in Cavite, Laguna, Batangas, Rizal, and Quezon, killing nine people. The operations have since been dubbed “Bloody Sunday” by militant groups.