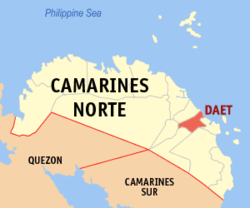 Police Colonel Julius Guadamor, Camarines Norte police chief, said the 20 former rebels and some recovered firearms were presented during a ceremony on the National Day of Solidarity, Condemnation and Outrage Against the CPP-NPA-NDF (Communist Party of the Philippines-New People’s Army-National Democratic Front) at Camp Wenceslao Q. Vinzons Sr. in Daet at around 2 p.m.

Guadamor said the former rebels were from Komiteng Probinsya 1, 3 and 5 of the NPA’s Bicol Regional Party Committee.

They took their oath of allegiance to the government before Governor Edgardo Tallado, chairperson of the Provincial Task Force to End Local Communist Armed Conflict.

Financial assistance packages were distributed to the former rebels under the Enhanced Comprehensive Local Integration Program of the government.