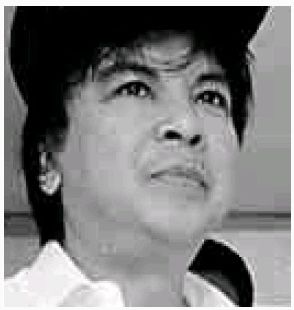 “As of the time of his death, Mayor Sanchez was still not qualified for release,” Guevarra told reporters in the text message.

Sanchez died on Saturday, the Bureau of Corrections (BuCor) earlier confirmed. The former mayor was convicted along with six others for the 1993 rape and murder of University of the Philippines-Los Baños (UPLB) student Eileen Sarmenta and the murder of her friend Allan Gomez.

The convicted mayor hogged the headlines in 2019 after it was reported that he is up for release.

His release was based on Republic Act 10592 or the law that increased the Good Conduct Time Allowance (GCTA), where provides additional time to be deducted from an inmate’s prison sentence as a reward for his or her good behavior.

Sanchez’s impending release triggered public outrage, which later led to a Senate investigation on the Bureau of Corrections and New Bilibid Prison, and led to the cancellation of his early release.

Guevarra, meanwhile, said the BuCor is still seeking permission from the family of the former mayor for the conduct of an autopsy.

“Mayor Sanchez has reached the end of his natural life. May God forgive him for all his trespasses,” said Guevarra.