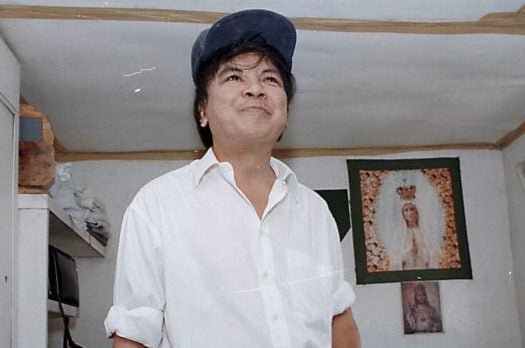 BuCor spokesman Gabriel Chaclag said that Sanchez was declared dead on arrival when brought to the New Bilibid Prison Hospital.

“Today at about 7am, PDL Antonio Sanchez was found unresponsive at his cell. He was brought to the NBP Hospital by his cell mates and was attended to by medical staff. He was declared DOA and subject for autopsy as per procedure on sudden deaths,” Chaclag told INQUIRER.net in a text message.

Sanchez was meted with seven terms of reclusion perpetua (up to 40 years imprisonment) for the rape and murder of then University of the Philippines. – Los Banos student Eileen Sarmenta and the killing of her boyfriend Allan Gomez in 1993.

The BuCor spokesman added that Sanchez was last seen alive Friday night as he was about to sleep.

“When his cell mates woke him up this morning, he was unresponsive. There is no sign of foul play,”  Chaclag said.

According to Chaclag, the convicted mayor had existing conditions such as chronic kidney disease, hypertension, recurring gastroenteritis, prostate problems and asthma.

“His next of kin was also informed,” Chaclag added of Sanchez’s death.

In 2019, Sanchez once again made headlines as he was reported to be one of the 10,000 inmates who may be released as they would benefit from  would benefit from Republic Act 10592 or the law that increased the Good Conduct Time Allowance (GCTA).

Sanchez’s impending release resulted in public outrage that eventually spawned a Senate investigation on BuCor and New Bilibid Prison, and led to the cancellation of the rapist-murderer’s early freedom.